Ogun State Police Command has revealed that two suspected ritualists, who were arrested over alleged possession of a human head, have been burnt to death by an angry mob in the Oja Odan area of the state. 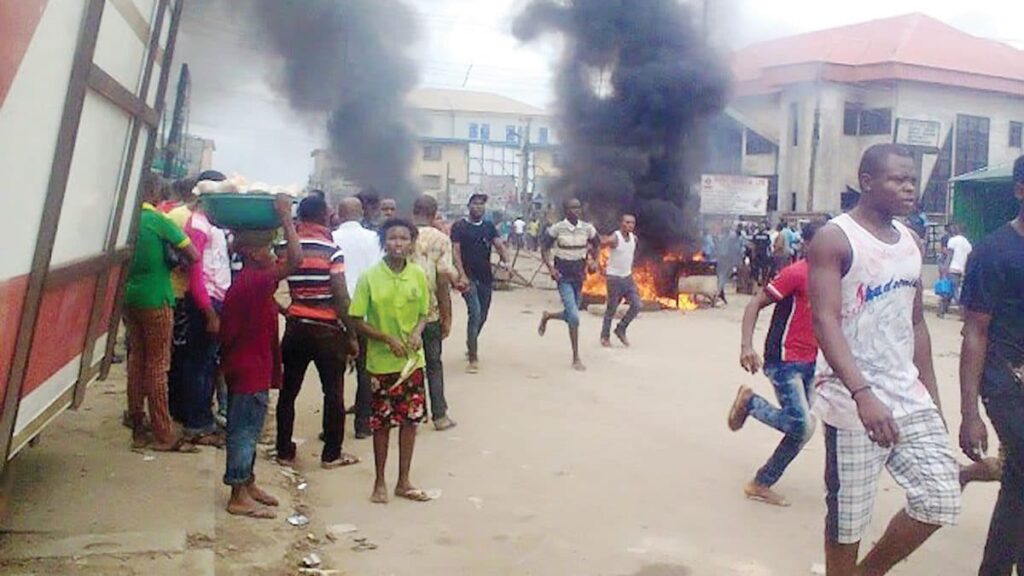 In a statement on Sunday, the public relations officer, Abimbola Oyeyemi, said the angry mob broke into a police station cell, took away two suspected ritualists, and burnt them to death at a checkpoint mounted by personnel of the service, Asara unit, Illela border command.

It was gathered that the suspects were caught with fresh human head concealed in a sack and brought to the station by vigilantes and some members of the public, however, some angry mobs forcefully invaded the station and took the law into their hands.

The statement reads, “In the early hours of Saturday, 12th of February, 2022, two suspected ritualists were arrested and brought to Oja Odan divisional headquarters by some vigilant and law-abiding members of the public, with the allegation that a fresh human head concealed in a sack was seen with them.

“While the suspects were being interrogated in the station, some unscrupulous elements went and mobilised a large number of people who invaded the station aggressively, overwhelmed the police personnel on duty and subsequently hijacked the suspects, beat them to death and set their corpses ablaze.”

According to the statement, Ogun commissioner of police, Lanre Bankole condemned the act and warned members of the public to leave justice to the court.

Bankole added that a thorough investigation will be carried out and those involved in the “barbaric” act will be duly punished.

He said, “In view of the incident, the command wishes to sound a note of warning to those who are always in the habit of taking laws into their hands to desist from such uncivilised behaviour as the command will henceforth deal with whoever carried out such action in the most decisive manner.

“It is only the court that has the power to impose punishment on anyone found guilty of a crime, not an individual or group of people.”

KanyiDaily had also reported how a thief was dragged out of a police station in Cross River, and burnt to death by an angry mob for killing a motorcyclist.