The command spokesman, DSP Abimbola Oyeyemi, who disclosed this in a statement issued on Friday, said the suspects were arrested following a distress call received by the police at Ojodu – Abiodun divisional headquarters in Ifo local government area.

According to him, Godwin Ogbeifu had gone to Olasheinde’s compound at Omolara street, but was sent away by the woman as he was earlier warned not to go into the compound.

Oyeyemi explained that on getting home, Godwin informed his mother who then followed him to the compound where they met Olasheinde.

He said, “While the mother was quarreling with the victim and demanding the reason why her son was sent away, the son, who has speech and hearing impairment, took a broken bottle which he took along with him and used it to stab the woman on her neck.

“Upon the distress call, the DPO of Ojodu Abiodun police headquarters, SP Eyitayo Akinluwade, mobilised his men and moved to the scene where the two suspects were apprehended and the victim rushed to the nearby hospital for treatment.

“On arrival at the hospital, the victim was pronounced dead by the doctor on duty and the corpse was deposited at the mortuary for autopsy.”

Oyeyemi said that the state Commissioner of Police (CP), Lanre Bankole, had ordered immediate transfer of the suspects to the Homicide section of the state Criminal Investigation and Intelligence Department for further investigation.

The police spokesman added that the suspects would be charged to court as soon as investigations were concluded.

KanyiDaily had also reported how a Nigerian girl was seen in a viral video confessing that her mother allegedly gave her rat poison to put in her father’s food in Imo state. 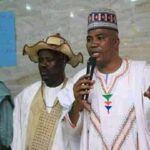 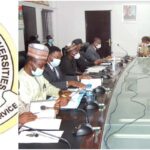