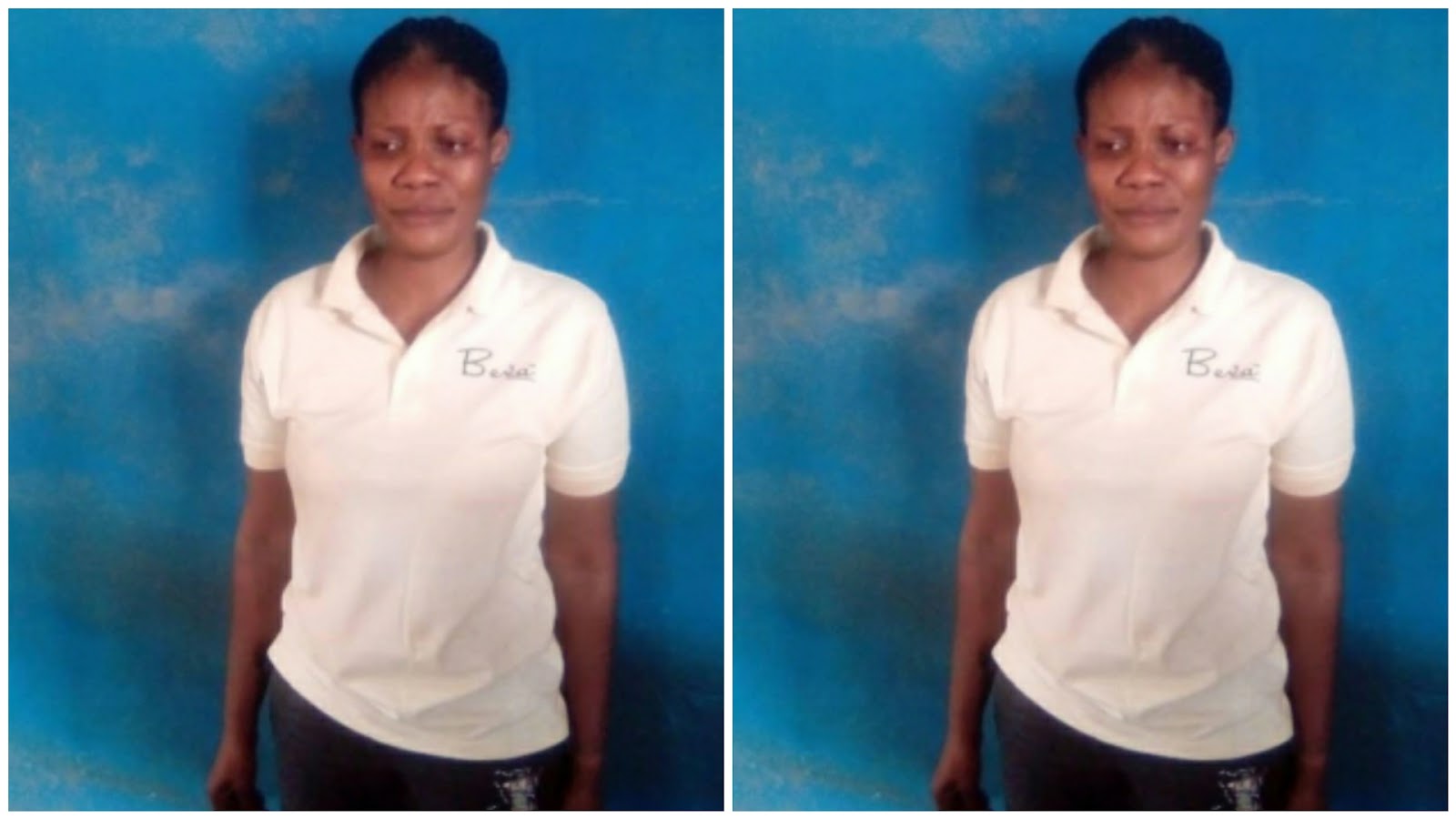 In a statement on Friday, the command spokesman, DSP Abimbola Oyeyemi said that the suspect was arrested following information received by the Divisional Police Officer, Ogijo Divisional headquarters, CSP Mohammed Baba, at about 2;30 pm.

According to him, the woman reportedly locked Ayomide and her elder sister, Blessing Adekoya (19) in a room, where she beat and injured them with a broken bottle for spending a night outside their home.

The two daughters were reportedly rushed to the hospital, but the younger sister, Ayomide died from the injuries sustained in her chest during the beating.

“Upon information, the DPO mobilised his men and moved to the scene where the two victims were rescued and taken to hospital for treatment before one of them gave up the ghost.,” Oyeyemi said.

READ:  Young Lady Reveals Why She Visits Her Late Boyfriend’s Grave Every Year To Spit On It

“The suspect was then arrested and taken to custody. On interrogation, the suspect who claimed to have separated from her husband nine years ago informed the police that her two daughters left home during the Sallah and didn’t return till the following day.

“This infuriated her, and when she wanted to beat them, people around pleaded on their behalf and she left them, only for them to go out again the following day and passed the night outside. It was the annoyance that made her lock them inside and injured them both with a broken bottle.

“The older one Blessing Adekoya 19 was injured in the hand, while her younger sister Ayomide was stabbed in the chest and unfortunately gave up the ghost while receiving treatment.”

Oyeyemi said the Commissioner of Police, Edward Ajogun, has ordered the immediate transfer of the suspect to the homicide section of the state Criminal Investigation and Intelligence Department for further investigation and diligent prosecution.

KanyiDaily had also reported how a 24-year-old woman, Alice Chikono, was dragged to court for allegedly strangling her 5-year-old stepson to death and trying to set her 8-year-old stepdaughter on fire so that she could inherit her husband’s house in Zimbabwe.