The Obi of Awka Ancient Kingdom, His Imperial Majesty, the Eze Uzu 111 of Awka, Obi Austin Ndigwe has asked the former First Lady of Anambra State, Ebelechukwu Obiano, to apologize over her sacriligious action against Bianca Ojukwu, wife of the late Igbo leader, Chukwuemeka Odumegwu Ojukwu.

In a statement issued to journalists in Awka, on Friday, Obi Ndigwe gave Ebele seven days ultimatum to publicly apologise to the entire Igbo people or face serious consequences for fighting Ojukwu’s wife.

He said Obiano’s wife committed a grave sin in Awka land, and that as the monarch of the town, he is under obligation to perform some sacrifices to cleanse the land of filth and pollution and to appease the gods.

The monarch charged Ebere to tender an unreserved apology to the new Governor of Anambra State, Professor Chukwuma Soludo and the chief judge of the state for “descending so low like a mad dog” during the inauguration.

READ:  Man Finds Love, Show Off New Girlfriend Less Than A Week After His Wife Dumped Him

The statment reads, “The Obi of Awka Ancient Kingdom, Awka Capital Territory, His Imperial Majesty, the Eze Uzu 111 of Awka , Obi Dr Austin Ndigwe (JP) MON has given the wife of the immediate past governor of Anambra State, Mrs .Eberechukwu Obiano seven days to publicly apologise to the entire Igbo people or face serious consequences , over her sacriligious action against the symbol of Igbo unity, Bianca Odumegwu- Ojukwu.

She should also tender an unreserved apology to the new Governor of Anambra State, Professor Chukwuma Soludo for her disgraceful conduct during his inauguration. The same should go for the chief judge of the state who was conducting the swearing in when she descended so low like a mad dog.

Bianca told me after the incident that what angered her was that Ebere called her unprintable names including prostitute and queried her presence at the swearing in ceremony.

Unfortunately, This grave sin was commited in the land of Awka which is known for peace and unity. Therefore, as the traditional ruler of the people and chief custodian of our culture I am under obligation to perform some sacrifices to cleanse our land of this filth and pollution and to appease the gods.

A study of the scenario as the incident occured showed that her action was deliberate because as it were she came very much prepared to disrupt the swearing in ceremony . And It is troubling that she began her ignoble actions when the chief judge stood up to swear in the new governor as she came and sat on his seat, a clear show of shame and lack of respect .

Even when she was infirmed that the seat was for the chief judge , she refused to vacate the seat, only for her to stand up and move towards the direction of Bianca Ojukwu to start pouring venom on her.

It must be pointed out that Bianca was not at that ceremony as Bianca but there as a direct representative of our late father and leader , Chief Odumegwu Ojukwu , her late husband who pioneered the All progressives Grand Alliance, APGA and the shining symbol of igbo unity and solidarity. Ojukwu sacrificed all he had for the Igbos to survive, so wherever Bianca goes , she represents and carries the aspirations and personage of the entire Igbo race. Therefore, Ebere’s action of casting aspersion on her is an affront on the entire Igbo people. It was indeed on Odumegwu Ojukwu and not on Bianca as a person. This is an insult on Igbo and it must not go unpunished.

Ebere should realize that this same APGA on whose platform she and her husband have benefitted immensely throughout these eight years was floated when they were not even in the country and they never contributed to its formation.

It is on record that I took Obiano and this his wife, Ebere to Bianca Ojukwu where they knelt down while seeking the party’s governorship ticket. Bianca endorsed Obiano and called on all APGA members including then Governor Peter Obi to support him.

It is the same Bianca that Ebere has now publicly insulted. This is a taboo against the tradition of the Awka people and the entire Igbo race who are known for respect and peaceful coexistence.

It should be noted that Mrs Obiano and the husband Willie Obiano who used the name and pictures of Ojukwu in their campaign T shirts to win election via the endorsement of his wife Bianca never met Ojukwu or discussed with him while he was alive.

The same ungrateful attitude was what Obiano and Ebere metted out to Prince Arthur Eze who financed the registeration and establishment of APGA as a political party.

Throughout their eight year tenure, Obiano never showed respect to Prince Eze. This is an indication that Obiano and his wife are pathological ingrates.

This time they have gone too far. Igbos are angry. Enough Is enough, this is the last time that this kind of disgraceful and shameful act against Binaca Ojukwu would even be imagined or tolerated from anybody, no matter how highly placed.

Igbos and non Igbos from various parts of the country and beyond have been calling to express their shock and anger over the incident and as the custodian of our people’s tradition it is incumbent on me to uphold the customs of our land. Ojukwu’s personage as represented by Bianca can never be denigrated!

It is shameful that someone who has been first lady of a state can descend so low. Her conduct shows that she lacks proper training and it shows that she has no respect for constituted authority and even her husband, Former Governor Obiano.

Mrs Ebere Obiano has only 7 days to appologise as demanded and directed or face serous consequences.”

KanyiDaily recalls that Ohanaeze Youths had also asked Ebere Obiano to apologize to the entire Ndigbo for the unprovoked attack on Bianca Oujukwu.

READ:  OAU Staff Hangs Himself To Death In His Room After Sending Suicide Note To His Family 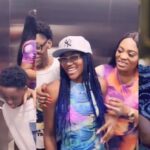 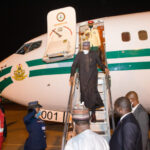