American actor, Will Smith, has taken to social media to tender an unreserved apology to comedian, Chris Rock, after he slapped him for making a joke about his wife, Jada Pinkett Smith. Will Smith Apologises To Chris Rock

KanyiDaily had reported that while presenting awards at the 2022 Oscars, Chris Rock made a joke about Jada Pinkett making “G.I Jane 2” in reference to her shaved head.

Will Smith then rushed to the stage and slapped the comedian, went back to his seat and began screaming for Rock to “Keep my wife’s name out of your f–king mouth.”

In a post shared on his Instagram page, the actor apologized to Chris Rock, saying that violence is “poisonous and destructive” as he admits he is embarrassed by his behaviour.

Smith went on to apologize again to the Academy, the show’s producers, and the people who were watching from the audience both in-person and at home, in addition to the Williams family and “my King Richard family.”

He wrote, “Violence in all of its forms is poisonous and destructive. My behavior at last night’s Academy Awards was unacceptable and inexcusable. Jokes at my expense are a part of the job, but a joke about Jada’s medical condition was too much for me to bear and I reacted emotionally.

“I would like to publicly apologize to you, Chris. I was out of line and I was wrong. I am embarrassed and my actions were not indicative of the man I want to be. There is no place for violence in a world of love and kindness.

KanyiDaily recalls that Ruth Kadiri-Ezerika had thrown her support behind Will Smith, saying that any man who cannot defend his wife as the actor did should not get married.

READ:  Female Prison Warder Suspended After She Was Caught Having Sεx With Male Inmate 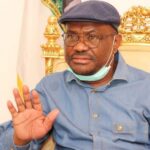 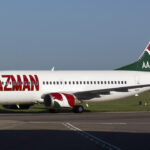