A Federal High Court in Abuja has dismissed a suit seeking to sack Cross River Governor, Ben Ayade and his Deputy, Ivara Esu, following their defection to the ruling All Progressive Congress (APC). 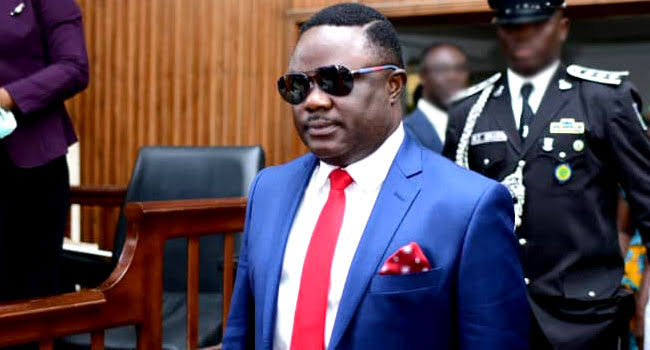 The Peoples Democratic Party (PDP) had prayed the court to sack both Ayade and his deputy, contending that the duo, having abandoned the political party that sponsored their re-election, ought to vacate their respective offices.

The PDP urged the court for “a declaration that in view of the provisions of section 221 of the Constitution of the federal republic of Nigeria, 1999 (as amended) and the democratic system of governance operated in Nigeria, votes at the election and elections are won by political parties and not their candidate or the candidates sponsored at the election by the political parties”.

It prayed the court to order the Independent National Electoral Commission (INEC) to immediately, “receive from the plaintiff (PDP), the name of its candidates to replace the 3rd and 4th defendants (Ayade and Esu) for the purpose of utilising the lawful votes cast in favour of the plaintiff or in the alternative directing the 1st defendant to hold a gubernatorial election for Cross River State in accordance with Section 177 of the Constitution excluding the 3rd and 4th defendants who are disqualified from participating in the election by virtue of Section 192 (1) (b) of the Constitution) arising from abandonment of the majority lawful votes and the offices occasioned by the action of the 3rd and 4th defendants by reason of their becoming members of the 2nd defendant who did not win majority of the lawful votes cast at the election”.

Aside from Ayade and his deputy, the INEC and APC were also cited as Defendants in the suit marked FHC/ABJ/CS/975/2021.

READ:  "You Will Be In Trouble The Day You Kill A Yahoo Soldier" - Nigerian Soldier Warns SARS [Video]

In a judgement on Thursday, April 7, Justice Taiwo Taiwo held that the duo could not be sacked from their positions, other than through statutory procedures that were stipulated in sections 180, 188 and 189 of the 1999 Constitution, as amended.

The court held that defection to another political party was not stated as one of the grounds for the removal of either a governor or his deputy.

“The 3rd and 4th Defendant cannot be removed except by Constitutional provision.

“This court has no power to declare vacant the seat of the 3rd and 4th Defendants”, Justice Ekwo held.

KanyiDaily recalls that Ebonyi State Governor, David Umahi, his deputy, Eric Igwe, and 16 Ebonyi lawmakers, were sacked over their defection from PDP to APC. 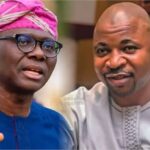 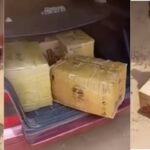