A Kwara State High Court in Ilorin has sentenced six Fulani Herdsmen to life imprisonment for kidnapping and illegal possession of firearms. The herdsmen were convicted by Justice Hannah Ajayi on Friday after they were found guilty of conspiracy, kidnapping, and illegal possession of firearms.

The herdsmen were alleged to have conspired and kidnapped one Usman Mohammed while armed with two single barrel guns at Osi in Ekiti Local Government area of Kwara State in 2017.

The charge further revealed that the convicts took Mohammed into the bush where they demanded a ransom and were paid N400,000 by the victim’s family.

The convicts, who pleaded not guilty to the charges during the course of the trial, told the court through their separate counsel that they were Fulanis who reared cattle and were always busy on their various farms attending to their animals.

Justice Ajayi in her judgment found the six accused persons guilty and sentenced them to life imprisonment.

The Kwara State Director of Public Prosecution, Barr Abdulmumini Jimoh (SAN), who prosecuted the matter, expressed satisfaction with the verdict adding that it would serve as a deterrent to others.

KanyiDaily had recently reported how suspected Fulani herdsmen killed six persons, including pregnant women, during an attack at Mgbuji and Ebo autonomous communities in Enugu State.

READ:  Woman Raped At 15 Intentionally Infects Over 40 Men With Hiv 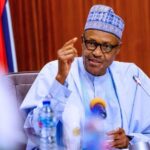 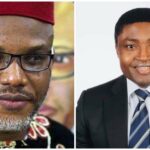