A Nigerian woman identified as Efe Okoto Oruambo has taken to social media to cry out for help over alleged domestic violence by her husband in Port Harcourt, Rivers State. 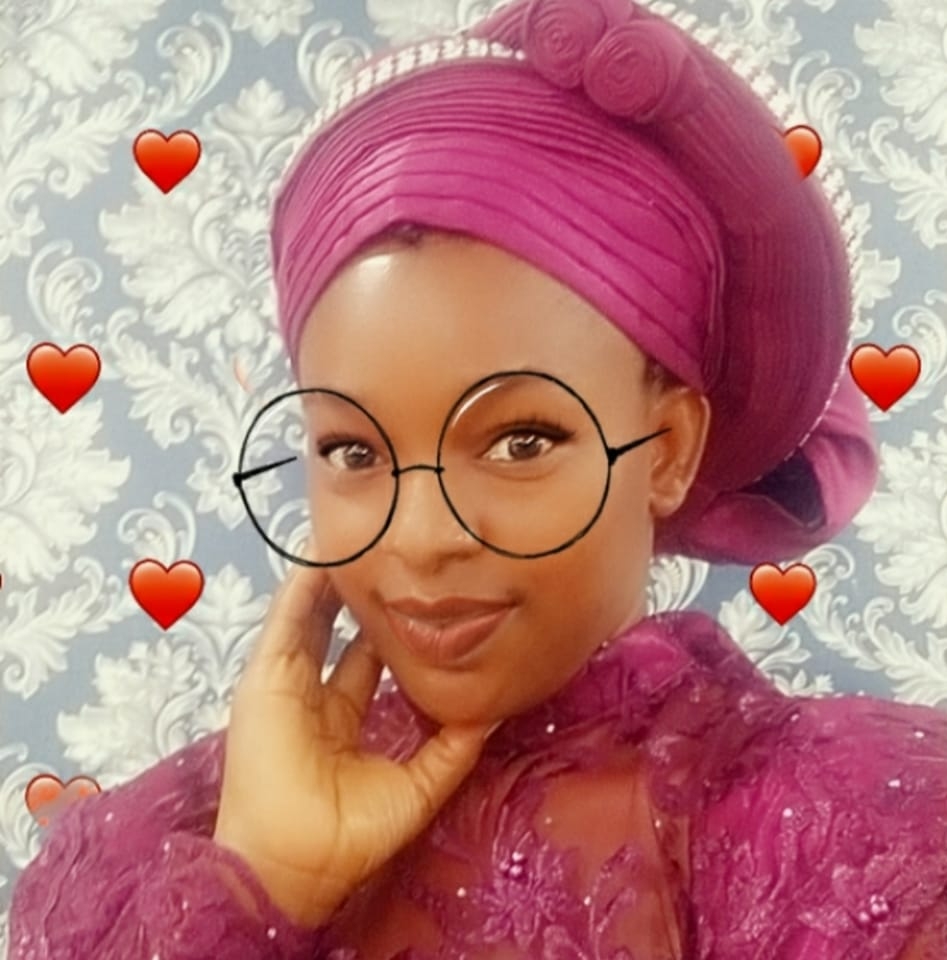 In a post shared on a Facebook group, the woman alleged that her husband has been physically and emotionally abusing her, stressing that she has escaped death on several occasions in her marriage.

She said have endured all the abuse from her, Victor Oruambo, for the sake of their three children, but she would “rather be alive and single than die in this marriage.”

Efe called on Nigerians to help her locate a domestic violence office in Port Harcourt where she could find help, stressing that “I can no longer keep suffering this way.”

Sharing photos of her bruised body on a Christian marriage/relationship Facebook group, she wrote: “I’m being abused emotionally, physically, and otherwise… I’ve escaped death on several occasions in my marriage.

“I’ve endured it all for the sake of my three cute children. I’ve just been hit by the last straw. I’ll rather be alive and single than die in this marriage.

“I need help. I don’t know where to run to nor who to turn to. I’m based in Port Harcourt. I don’t know any domestic violence office to get help from.

“This is what I received about an hour ago. He, my husband, Victor Oruambo came home late, drunk and high and meant to kill me and go to prison tonight. God saved me. I need help… I can no longer keep suffering this way… I need help… Please help me” 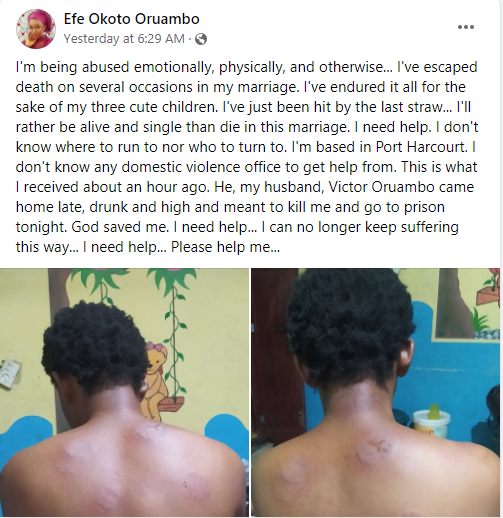 KanyiDaily had also reported how a Nigerian lady announced on social media that she has called off her wedding, which was meant to hold in three days’ time, over alleged domestic violence.

READ:  Woman Accused Of Leaving Her Husband To Marry Pastor Shares Her Own Story [Video] 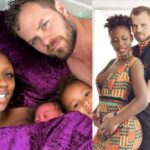