Former Governor of Imo State, Senator Rochas Okorocha has expressed confidence that he will win the 2023 presidential election if he becomes the flagbearer of the ruling All Progressives Congress (APC). 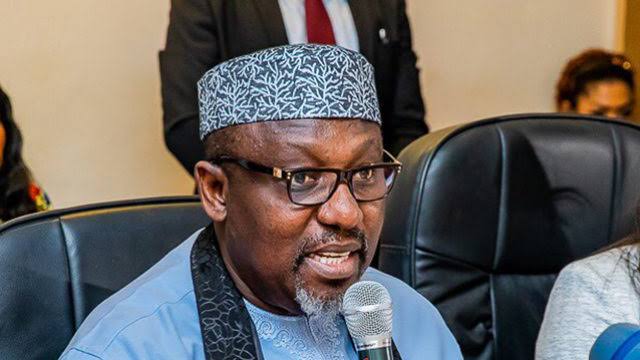 Okorocha Speaks On His Political Influence In North

The presidential hopeful, who spoke on Wednesday when he featured on a programme on ARISE TV, said his political ambition will sell better in Northern Nigeria than any other part of the country because ‘he’s a darling in the region’.

Okorocha bragged that he can get the number of votes President Muhammadu Buhari pulled to become president, adding that he has the capacity to win Atiku Abubakar, the Peoples Dem­ocratic Party’s (PDP) presi­dential candidate, even in his home state of Adamawa.

He said, “The Peoples Democratic Party’s (PDP) presidential candidate contested against our president and he was a former member of the APC and he lost.

“He pulled sufficient votes then but the question now is, who is that man now who can pull the same number of votes like Buhari did in the last two general elections to be able to defeat Atiku Abubakar, that is what should occupy the minds of our party members. Anything aside from this will be a failure on our side.

“Who is that Ni­gerian that can get that num­ber of votes from the North? The only thing that the PDP is working on is to pull the votes from the North. You will not have President Buhari again on the ballot because most people that won APC tickets in the North did so because of Muhammadu Buhari.

“People rode on the back of President Buhari and as a president, having ruled for eight years with all the chal­lenges he may not be able to pull that number of votes again.

“We have to look for that man who the North can look at and give him votes and Ro­chas Okorocha is that man,” he noted.

Okorocha said he has the political influence in the north to win the presidential election because he is more acceptable in the region than anywhere else.

He said, “I am a darling of the North; I have a relationship with the people. If I run for an election in Adamawa State today, former Vice President Atiku Abubakar will sweat. You might not believe it but I would challenge anyone to tell what he has done in the North. I saw their children out of school and I provided education for them for over 25 years.

“During my campaigns, I communicated with my brothers in the North in their local language, and none of the Southern contenders could do that.”

On the request by the pres­ident to choose his successor, Okorocha said, “When Presi­dent Buhari sounded that way it was because he was tired of pressure from different angles, the governors, sena­tors, businessmen brothers, so what he meant when he said he wanted to choose his successor was just to tell them to allow him make his input in accessing the aspirants.

READ:  Nigeria Has Qualified To Be A Failed State, We Need A Competent Leader - Peter Obi

“Presi­dent Muhammadu Buhari is a democrat if you know him well and he would like to take the last minute decision after consultation. I am not a can­didate of Buhari, but a can­didate of the people,” he said.

Okorocha also said the best decision the APC can make in the selection of the party’s flagbearer is to zone the ticket to the south-east.

“The best thing for APC is to go to the south-east immediately and pick a sound candidate. If the party does this, they would have neutralised PDP’s idea on lack of justice and equity,” he said.

KanyiDaily recalls that Rochas Okorocha had urged Nigerians to use their voter cards well in making the right decisions in the 2023 general election.

Related Topics:apcNewsNigeriaPoliticsPresidencyrochas okorocha
Up Next