The Catholic Society of Nigeria (CSN) has warned political parties against fielding a Muslim-Muslim or Christian-Christian ticket in the 2023 presidential election. 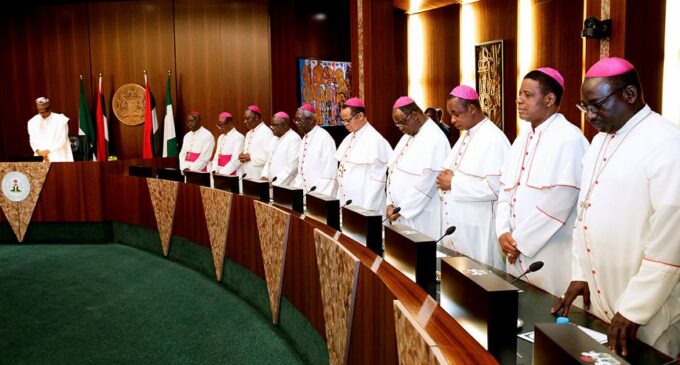 In a statement signed by the Secretary-General of the CSN, Very Rev. Fr. Zacharia Nyantiso Samjumi​​, the Church described the option as the most insensitive decision to take in a country whose unity and peaceful co-existence have been threatened by many non-state actors.

The statement reads: “The process for the 2023 General election in Nigeria has been initiated and there are some things to be happy about: the passing of the Electoral Act 2022 which allows the use of electronic devices for accreditation and in the capturing and transmission of results; the prompt release of election timetable by the Independent National Electoral Commission (INEC); the renewed confidence in the electoral process by the electorate, as demonstrated in the massive last-minute turn out for voter registration amongst others.

“It is however disheartening to observe that the conduct of most of our politicians seems to be going from bad to worse as we witnessed a show of shame and heightened ugly culture of money politics during the recently held primaries.

“While all this is going on, we must not lose sight of the fact that the unity of this country has, over the years, been maintained by a delicate balancing of the religious and the regional.

“Even in the despotic military era, most juntas ensured a balance of the religious architecture in their regimes. For instance, we had Murtala-Obasanjo, Obasanjo-Yar’adua, Babangida-Ebitu Ukiwe, Abacha – Diya.

“This also applied to the heads of the various military formations and the different government parastatals like Customs, Immigrations, Finance, etc.

“Significantly, it was only during the General Muhammadu Buhari era as military Head of State (Dec 31, 1983 – Aug. 27, 1985) that we had a Muslim-Muslim military dictatorship.

READ:  I Bribe My Wife With Money Whenever I Want To Have Sex With Her At Home - Man Cries Out

“Similarly, only once did we have a Muslim-Muslim ticket in the 1993 democratic elections, which featured the Abiola-Kingibe ticket and turned out to be one of Nigeria’s freest and fairest elections. But that government never took off!

“Fast forward to 2022, 30 years later, some individuals have tried to suggest the Muslim-Muslim ticket for the Presidential election in a country like Nigeria that has unfortunately been badly polarized.

“With the present glaring crisis and division in the nation, a Muslim-Muslim ticket would be most insensitive and a tacit endorsement of the negative voices of many non-state actors who have been threatening this nation’s unity and peaceful coexistence without an arrest.

“Going by the Kaduna experience, we can perceive the havoc the Muslim-Muslim ticket has brought upon the predominantly Christian people of Southern Kaduna.

“In pursuit of peace, it is imperative to remind everyone that all Nigerians, irrespective of creed or region, are equal; as such, there must be sensitivity in the spread of political positions without compromising competence.

“Finally, we call on all Nigerians, individually and collectively, to do everything in their power to seek and work for unity and justice, so that we may attain that peace we all desire. There is no alternative to peace.”

“We, therefore, strongly advise those political parties toying with divisive agendas to have a rethink by presenting a more inclusive ticket, while calling on all people of goodwill to resist this budding injustice that may be hatched against a cross section of the people.”

Meanwhile, Northern Elders have backed the Muslim-Muslim ticked, claiming that “ordinary” Nigerians no longer care about the religious background of their political leaders.

READ:  "So Grateful To Finally Be In Nigeria" - Twitter CEO, Jack Dorsey Says As He Arrives Nigeria