Some Catholic Churches have started restricting their members who don’t have Permanent Voters Cards (PVC) from accessing the place of worship. 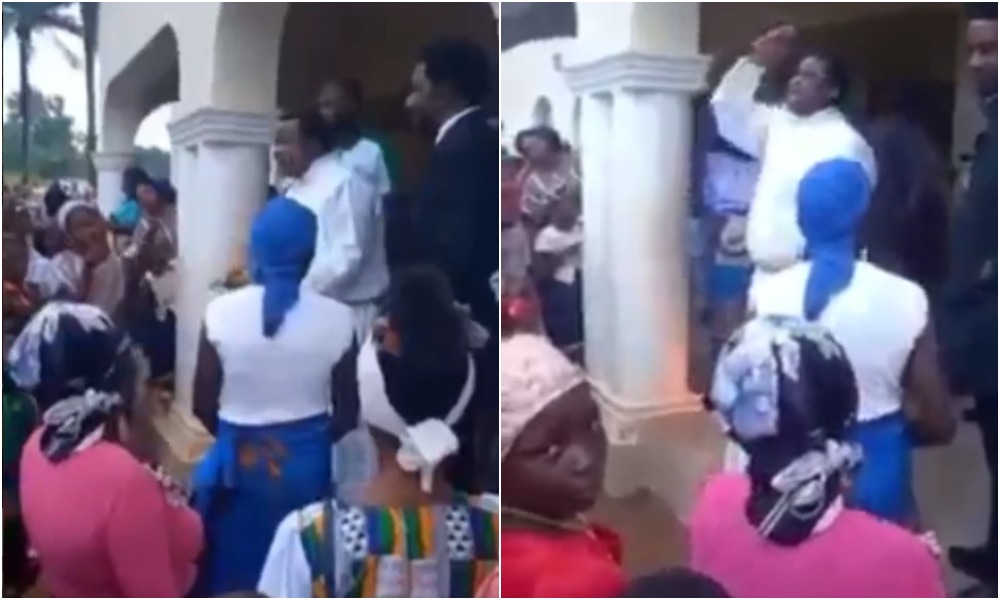 In a video circulating on social media, a priest could be seen addressing his congregation who stood outside, that the church has started a “no PVC no entry” campaign.

According to him, every worshiper who wants to enter the church must present his or her PVC or else they should not bother coming for mass.

“Coming for mass, carry your PVC, if you don’t have your PVC, don’t bother coming. Because there is no point in having Christians fill the church, but during the election, we have only a handful of them go out to vote.

“So, it means our number, our population means nothing. We want Christians to take their responsibility and their role seriously,” he was heard saying.

Another priest at St. Mathew Catholic Church Utugwang in Obudu LGA of Cross River State, also stated that the church has started stopping worshippers without PVC from entering the place of worship?

KanyiDaily recalls that Anglican Bishop in Delta had mandated every preach in the state to make it compulsory for their members to have the PVC before they could participate in Holy Communion.