The National Leader of the All Progressives Congress (APC), Bola Tinubu has visited Vice-President, Yemi Osinbajo, after beating him to clinch the party’s presidential ticket for the 2023 general elections. 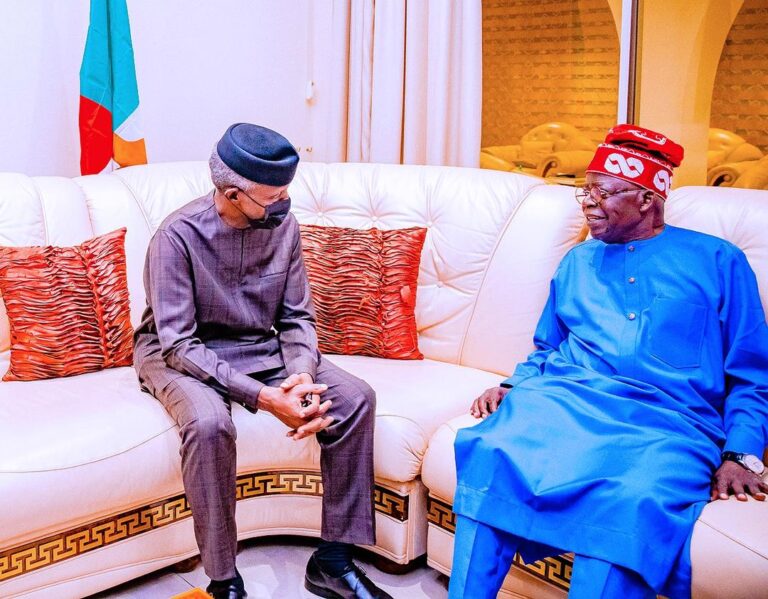 KanyiDaily recalls that the APC chieftain was declared the winner of the APC presidential primary after polling 1,271 votes to defeat 13 other presidential hopefuls.

Tinubu won the election by a landslide after beating the former minister of transportation, Rotimi Amaechi, who came second with 316 votes, and Osinbajo who got 235 votes.

Prior to the primaries, there were speculations over the relationship between Tinubu and Osinbajo — the vice-president had served as attorney-general of Lagos, while Tinubu was governor.

In a statement on Thursday, Laolu Akande, Senior Special Assistant on Media and Publicity to Osinbajo said they got a call that Tinubu would be visiting after meeting President Muhammadu Buhari at his residence in the Presidential Villa.

He said Tinubu came in company of the Lagos State Governor, Babajide Sanwo-Olu and that the Vice President received the surprise with some of his associates.

Akande wrote: “We got a call: Asiwaju Tinubu who was visiting President at his Presidential Villa residence this evening will be making an unscheduled stop at VP’s residence also.

“Lagos Gov accompanied him & VP received the surprise with some of his associates whom he was meeting with earlier. The meeting was one of pleasantries and very convivial. The meeting lasted about 30 minutes.”

READ:  "Oshiomhole Is Hunting Me After I Made Him APC Chairman" - Okorocha Laments 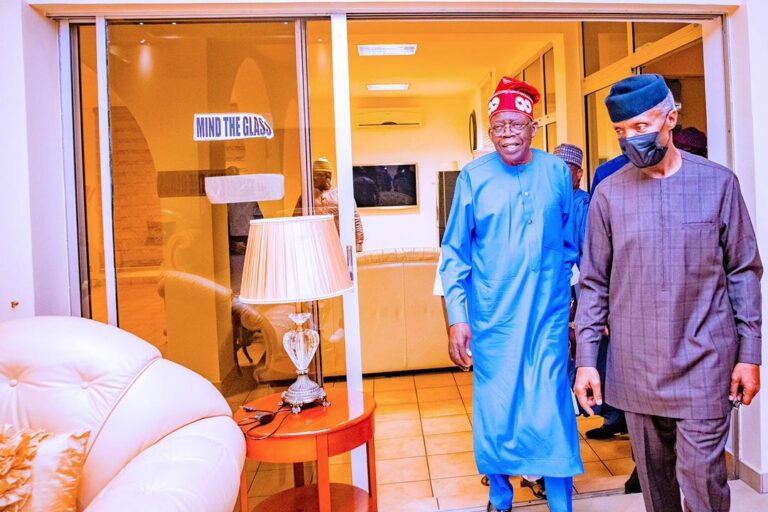 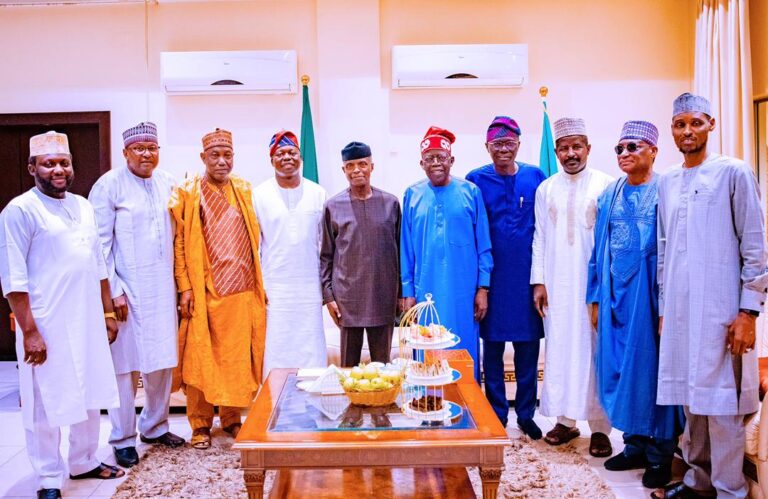 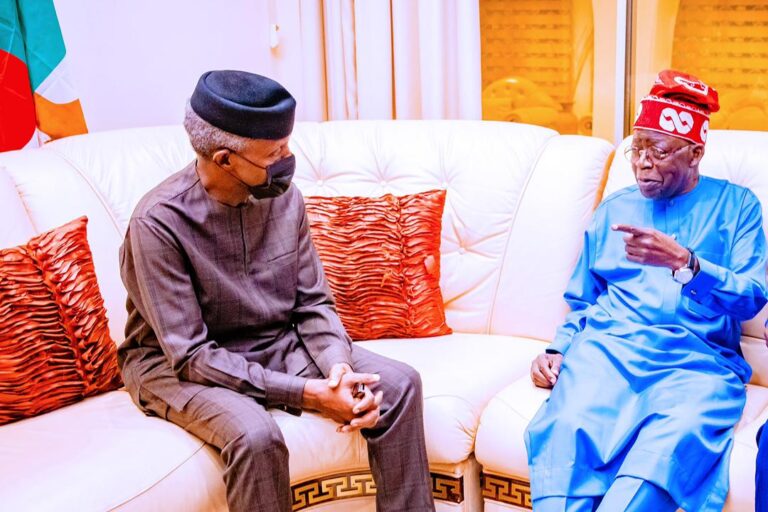 KanyiDaily recalls that President Muhammadu Buhari had congratulated Bola Tinubu, urging them to put the primary behind them to support the party’s candidate.