Edo State Governor, Godwin Obaseki says Nigerians are no longer interested in the Peoples Democratic Party (PDP) and the All Progressives Party (APC). 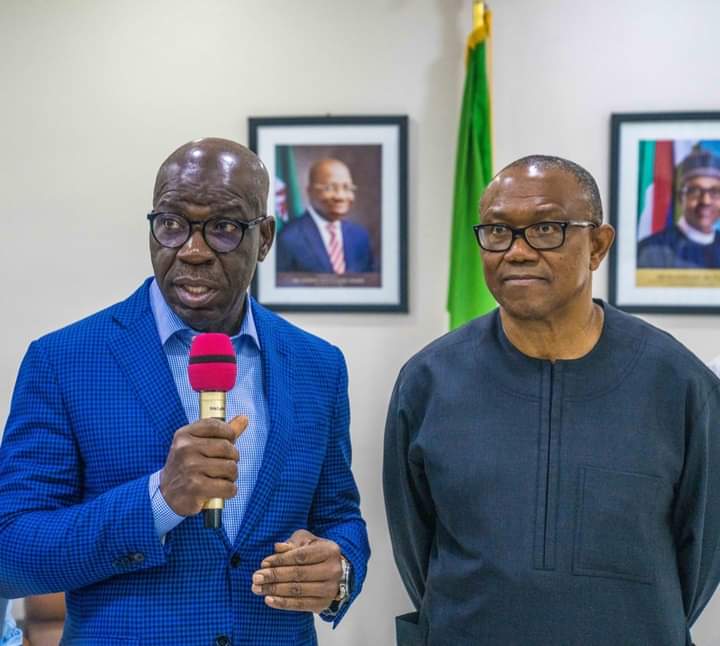 The governor spoke during an interview with African Independent Television (AIT) while reacting to the just concluded Ekiti governorship election,

KanyiDaily had reported that the APC candidate, Biodun Oyebanji scored 187,057 votes to defeat his closest rival, Segun Oni of the Social Democratic Party (SDP) who scored 82,211 votes, while the PDP came third place with 67,457 votes.

Reacting to the development, Obaseki said many young Nigerians are no longer looking in the direction of APC or PDP,  but that most of them call themselves Obidients, a name supporters of the presidential candidate of the Labour Party, Peter Obi, call themselves.

READ:  Year In Review: Ten Notable Events/Occurrences that Shaped 2022 In Nigeria, Around The World

He said, “How can PDP, the party; not win? They were not even number two. So, you can see that something is going on and we do not want this to be a trend. The future of our politics in this country is changing.

“I do not know whether you are closely watching what is going on; the level of disenchantment within the parties. I am sure in all of our homes now, we have so many people now who call themselves ‘Obidients’.

“If we do not curb this, if we do not make our party attractive, I do not know what will happen in the next elections.”