Nobel laureate, Prof Wole Soyinka has denied reports circulating on social media that he paid tribute to the presidential candidate of the All Progressives Congress,  Bola Tinubu. 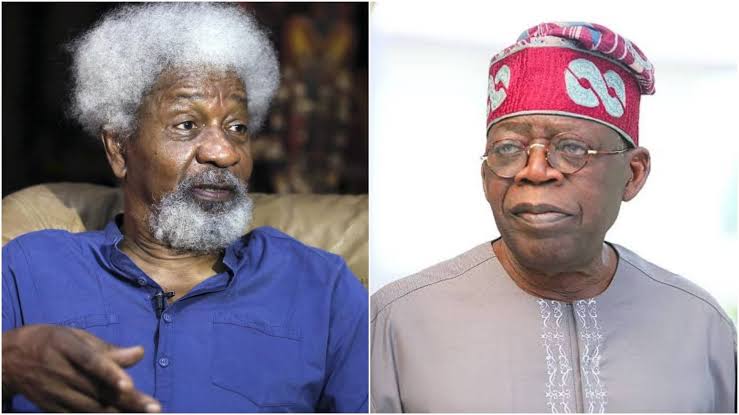 The playwright was reacting a tribute titled, ‘Prof Wole Soyinka’s tribute to Sen Asiwaju Tinubu’, purportedly written by him eulogising Tinubu shortly after the latter emerged as the presidential flagbearer of the APC.

The laureate in a statement titled, ‘I did not pay tribute to Tinubu- Soyinka’, issued by his spokesman, Abiola Owoaje, on Friday, maintained that he did not operate or own social media accounts.

Soyinka said the trending post is the handiwork of indolent identity thieves whose preoccupation is to deceive the general public with phoney social media posts to gain prominence.

The statement further said, “The literary luminary reiterated his position on the 2023 elections and the issues surrounding it, noting that he has no business meddling in the struggle for power by political parties in the country.

“Soyinka enjoins the general public to be on alert to the antics of faceless cowards spreading falsehood, adding that they should not partake in the despicable action of the authors by spreading the cocktail of lies.”

KanyiDaily recalls that Prof Wole Soyinka had recently lamented that Nigeria is “in a mess” and that the country is currently ”disintegrating before our very eyes”.