The Indigenous People of Biafra (IPOB) has asked the British High Commissioner to Nigeria, Catriona Laing, to suspend her planned visit to the South-East over an assassination plot. 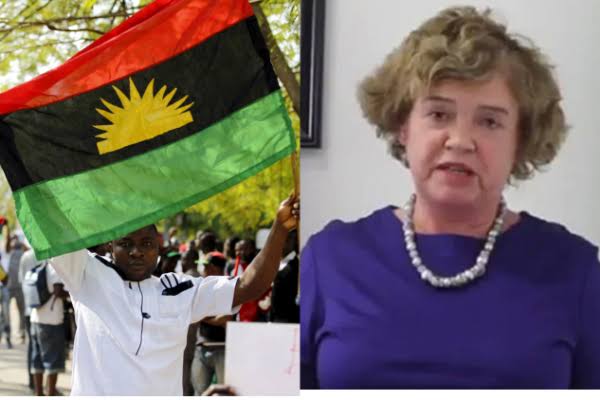 A statement on Thursday by Emma Powerful, IPOB spokesperson, said it received an intelligence report of an “orchestrated conspiracy” to assassinate the British envoy in the South-East and blame it on the separatist IPOB.

IPOB advised Laing to be “more conscious of her environment”, including shelving her regular visits to different parts of Nigeria, especially the South-East, stressing that its advisory is to “save her life” from “those that are threatened by the Biafra restoration project.”

The statement reads, “The global movement and family of the Indigenous People of Biafra, under the leadership of our Liberator Mazi Nnamdi Okwuchukwu Kanu, wish to advise the British High Commissioner, Catriona Laing to be more conscious of her environment.

“We as well call on British High Commissioner to shelve her regular visits to different parts of the Nigeria country-side especially the Biafraland otherwise referred to as South-East.

“The reason for this sincere security advice is to save her life. Despite her hatred for Biafra and Igbos in particular, we have optimal respect and value for the sanctity of life, especially visitors to our land.

“In view of the recently intercepted Intel by our M-Branch the IPOB Intelligence Unit Department, there’s an orchestrated conspiracy to perform a sacrifice big and powerful enough to strengthen the potency of the British hatred against the Igbos and Biafra. Such high profile plan is zeroed toward using a highly placed person capable of making headline news globally as an scapegoat.

“The leadership of IPOB do hereby advise that Ms Catriona Liang must as a matter of life and death suspend all her planned activities involving travels within Biafran Territories.

“Those that are threatened by Biafra restoration project has perfected evil plans to assassinate Ms Catriona Liang, the British Envoy on Biafra soil as a quick and cogent reason for Britain to disengage their weapons supplies to Ukraine and concentrate same towards Nigeria to be used against Biafrans.

“Their aim is to quash the agitation for Self Determination and to kill as many Indigenous Biafrans as possible and other residents in Biafra land.

“We want to make it unequivocally clear to the International Community that IPOB is a non-violent Self Determination movement and we understand the usefulness of diplomacy and we respect diplomatic relations.

“IPOB does not wish the British Envoy death or dead. However, if she ignores this advice and walk into the trap already set by enemies of Biafra struggle, that will be considered suicidal.

“We also want to let those masterminding the assassination plot of a British Envoy on Biafran soil to understand that nothing and I mean absolutely nothing will slow down let alone halt the Biafra restoration project. We therefore, advise the British Envoy never to loose your guard even while we’ve successfully bursted their plan.

“It is worthy to note that we had never attacked British persons, citizens, Institutions, investments and properties of any kind, and we do not have such intention now or in the future notwithstanding being at the receiving end of the British unpleasant attitudes, Igbophobic, Biafraphobic and stringent policies.

“Whosoever plans to invite Catriona Liang to Biafraland must provide adequate security enough to protect her and counter that which was planned in Aso-Rock in a meeting concluded on the 11.07.2022; 21:35hrs in Abuja.”

KanyiDaily recalls that President Muhammadu Buhari had recently accused the Western allies of funding the IPOB through international financial networks, while calling on Nigeria’s international allies to proscribe the separatist group.

READ:  Police Arrest 191 Suspects For Robbery During Coronavirus Lockdown in Lagos And Ogun 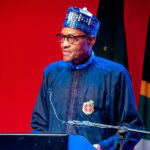 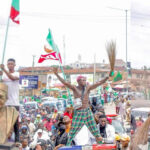