Veteran Nollywood actor, Nkem Owoh, popularly known as Osuofia, has reportedly rejected an offer of N10 million to endorse the presidential candidate of the ruling All Progressives Congress (APC), Bola Tinubu, in the forthcoming 2023 general election. 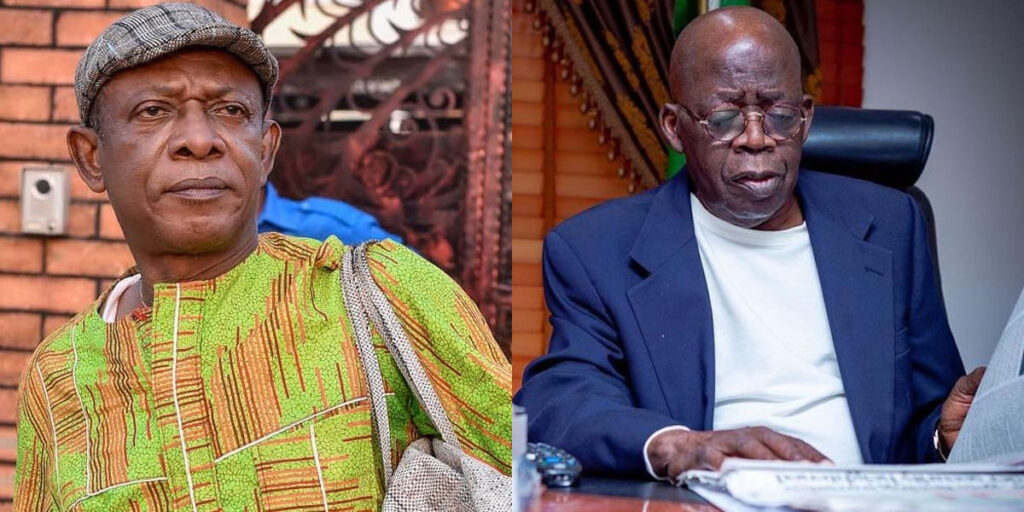 It was gathered that the actor was offered the usual N5 million for endorsement of the candidate, but he refused. Even when the offer was doubled on account of his worth, he still refused.

According to sources, Osuofia said N10m cannot buy his endorsement as the 2023 election is critical for the collective good of all citizens and would never be sold.

The actor, who noted that not everybody is amenable to the persuasiveness of money, said that the will of the people should prevail in the forthcoming election.

READ:  Pastor Arrested For Raping His Own Daughter, Leading To 3 Pregnancies Aborted By His Wife

Not everybody is amenable to the persuasiveness of money, the will of the people should prevail. – Nkem Owoh pic.twitter.com/Bx5JspfFFB

Nkem Owoh rejects N10 million naira to endorse Tinubu & APC. Zack Orji accepts the money to endorse BAT. Take a look at the two of them. One is still active in service, getting endorsements and getting awards. The other obviously took a secret oath with Carowhite. Poverty is bad

This comes a few weeks after another veteran actor, Chiwetalu Agu expressed displeasure over the lack of integrity and morality by some entertainers whom he said allow money to sway their opinions.

READ:  Actor Kenneth Okonkwo Blows Hot As He Struggles For Road With Cows In Abuja [Video]