A 41-year-old man, Selcuk Cetiner has killed himself and his girlfriend, Mehlika Derici, 35, during a birthday party of their friend at a restaurant in Turkey.

It was gathered that the jealous boyfriend threw himself off a cliff and dragged his girlfriend with him while they were celebrating with friends at a birthday get-together.

According to reports, the birthday girl Merve, 32, and her partner Arda Tolunay, were drinking with the lovers when the romantic evening took a sinister turn.

An argument, fuelled by jealousy, broke out between the pair and Cetiner pushed Mehlika to the ground before the two other friends picked her back up.

When Mehlika finally got up, Cetiner shouted: “If we die, we die together.”

Before Mehlika could react, Cetiner clasped his arms around her waist and then hurled himself off the cliff, taking her with him.

The pair plummeted 25 metres (82 feet) to their deaths. Paramedics rushed to the scene and despite their best efforts, they pronounced the couple as dead.

Their bodies to the morgue at Marmara Ereglisi Public Hospital, while police seized their mobile phones for analysis.

Some reports said victim Mehlika was a mother of two children.

KanyiDaily had also reported how a 27-year-old man was dragged to court for allegedly chopping his ex-girlfriend’s hand after she rejected his love advances in Kenya. 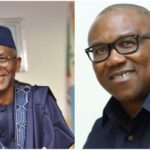 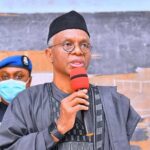