A 27-year-old man identified as Joel Okongo has been dragged to court for allegedly chopping his ex-girlfriend’s hand after she rejected his love advances in Kenya. 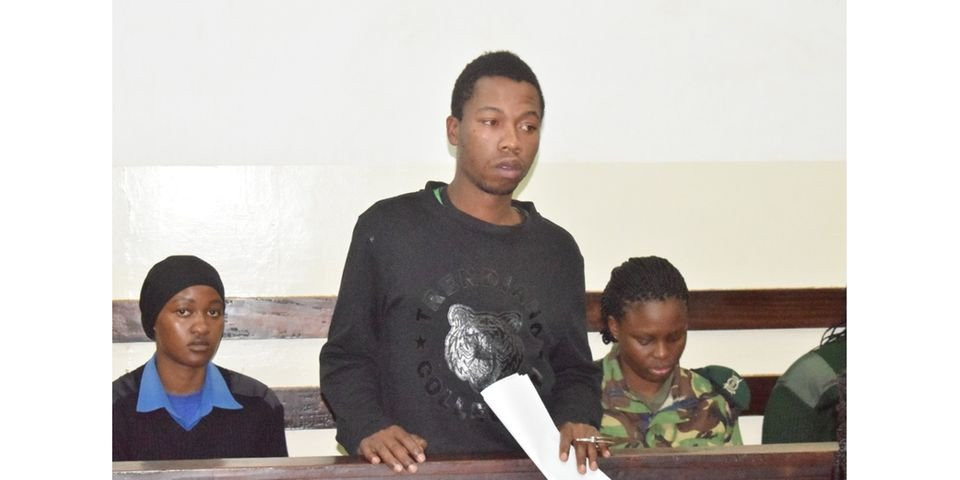 The suspect was charged with causing grievous harm to the victim after he severed the high school student’s left hand in Silanga area of Kibera in Nairobi on April 22.

Okongo was also charged with threatening to kill the victim’s brother after allegedly warning he would chop off his head.

It was gathered that the suspect and the minor were previously in a relationship but they broke up as she wanted to continue with her education.

The suspect had sought to revive the relationship with the minor during the school holidays but she declined his advances which angered the suspect who started issuing threats to her warning her of undisclosed consequences.

On the fateful day, the minor was returning to her parents’ house after visiting a relative when she was waylaid by the Okongo who allegedly aimed a panga at her neck but she shielded herself with her left hand which was severed. The hand was cut into two.

Okongo then escaped into the slums as the minor fell down bleeding profusely. She was rushed to a hospital from where she was referred to the Kenyatta National Hospital.

The suspect denied the charges when he was arraigned before senior principal magistrate Esther Bhoke of Kibera law courts.

The magistrate released him on a surety bond of Sh200, 000 and an alternative cash bail of Sh60, 000, and adjourned the case to June 21 before the hearing starts on August 18.

KanyiDaily had also reported how a man allegedly removed the teeth of his girlfriend after she destroyed his property because he cheated on her with another woman.