A Federal High Court in Gusau, Zamfara state, has nullified the election that produced Dauda Lawal as the governorship candidate of the Peoples Democratic Party (PDP). 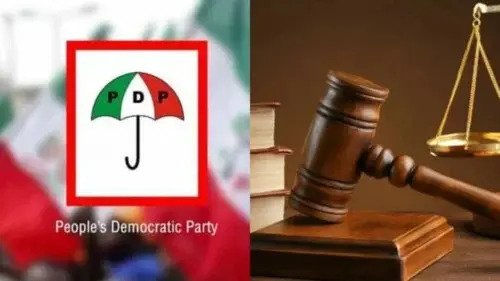 On May 25, Lawal polled 431 votes during the PDP primaries to emerge as the party’s governorship candidate for the state’s 2023 governorship election.

But Adamu Maina, the returning officer for the primary election, said their withdrawal was declined since it was without formal notice.

However, in June, Shehu-Gusau, Madawaki and Aliyu Hafiz Muhammad — another aspirant — filled a suit challenging the legality of the primary that produced Lawal as the party’s candidate.

They requested that the exercise be annulled due to alleged anomalies, contradictions, fraud, violation of the electoral act and the party’s constitution, among other things.

Delivering judgment on Friday, September 16, the presiding judge, Aminu Bappa granted all the prayers of the plaintiffs and nullified the primary election.

He also ordered that a fresh primary should be conducted to produce a flagbearer.

Addressing journalists after the ruling, Ibrahim Aliyu, counsel to the plaintiffs, expressed joy over the outcome, describing it as a victory for democracy.

Aliyu said, “We are happy today as the court has answered our prayers and cancelled the election which was marred by a series of irregularities.

“I am so glad that the court has granted the prayers submitted in this honourable court by our clients and hereby ruled in their favour.”

Also speaking on the ruling, Imraan Ahmad, a media aide to Lawal, said his principal will appeal the judgment.

Responding, the State Legal Adviser of the PDP, Mr Bashir Masama who represented the defendants, said the PDP would study the judgment and take the necessary action.

“Yes, the judgement was in the favour of plantiffs and all the defendants are going to study it and take next action,” Masama added.

KanyiDaily recalls that a Federal High Court in Abuja had also ordered the Independent National Electoral Commission (INEC) to recognize Godswill Akpabio as the APC candidate for Akwa Ibom north-west senatorial district in 2023.

READ:  Derek Chauvin found guilty on all counts in the murder of George Floyd - Breaking News 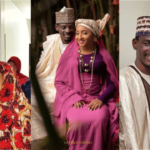 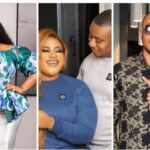