The Independent National Electoral Commission (INEC) on Tuesday, released the timetable and schedule of activities for Bayelsa, Imo, and Kogi state governorship elections. The timetable and schedule of activities were contained in a statement issued by INEC’s National Commissioner and Chairman, Information and Voter Education Committee, INEC, Festus Okoye.

The statement showed that the governorship elections of these three states would hold on November 11, 2023.

The statement said this decision is in fulfillment of the requirement of Section 28(1) of the Electoral Act 2022 which mandates the Commission to publish the Notice of Election not later than 360 days before the date fixed for the elections.

Similarly, Sections 178(1) and (2) of the Constitution of the Federal Republic of Nigeria 1999 mandate the Commission to conduct such elections not earlier than 150 days and not later than 30 days before the expiration of the term of the last holder of the office.

The statement read in part, “Accordingly, the Commission has decided to conduct the three elections on Saturday, November 11, 2023.

“The full Timetable and Schedule of Activities has been uploaded to the Commission’s website and social media platforms.” 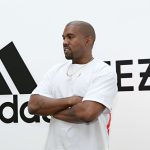 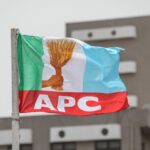