A six-year-old girl simply identified as Modadeoluwa has died due to alleged negligence by the swimming instructor at Start-Rite School in Abuja. 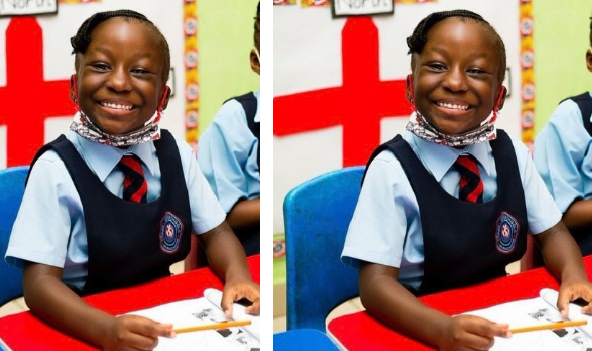 Modadeoluwa’s family disclosed this on social media where the called for justice over the little girl’s death.

The family revealed that the girl was taking swimming lessons on November 2, when the swimming instructor tossed her multiple times at the shallow end of the pool and she hit her head and suffered internal bleeding.

They alleged that after the incident led to Modadeoluwa’s death, the school tried to tamper with CCTV footage, but they found a way to get evidence.

The relatives called on the authorities to investigate and ensure that justice is served in the school which remains open and carrying on as if nothing happened.

“Startrite killed my baby cousin! She had swim day in school, the “coach “was teaching her a stunt, threw her up and she’d hit her head and had an internal bleeding. We asked for a footage and they released a doctored tape!,” @oluwamiisimii tweeted.

“On the 2nd of November due to the negligent behaviour of @startriteschool my cousin was killed (child in the 2nd frame). We found a way to get evidence from the CCTV footage even though the school deliberately tried to cut the scenes of what exactly happened.

“Our efforts to access justice has been frustrated by the school. All we want is justice. She was only 6 years. #justiceforModadeoluwa (2).” 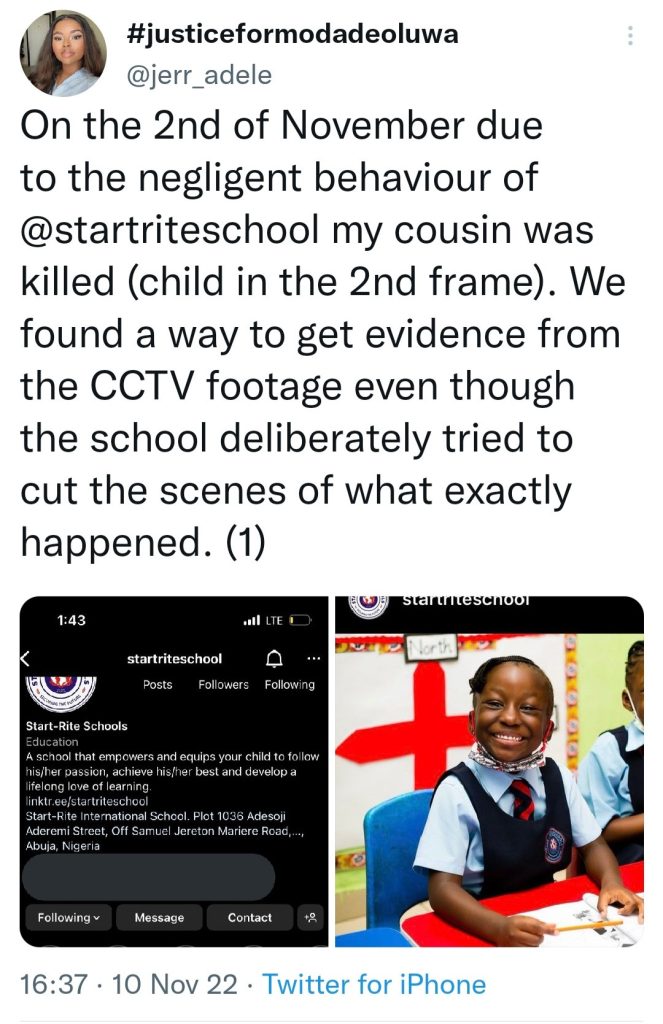 Another Twitter user, @David wrote: “My little cousin had a swim day at school apparently, the coach advised her to swim as far as possible and swim back, when she got back he tossed her multiple times in the air at the shallow side of the pool, she hit her head and had internal bleeding.

“Even with that, the coach was all the while pushing her in, we later requested the CCTV film and when we arrived, we saw them doctoring the tape.

“Presently the school is open like nothing happened and they aren’t assuming responsibility as well as misleading different guardians.” 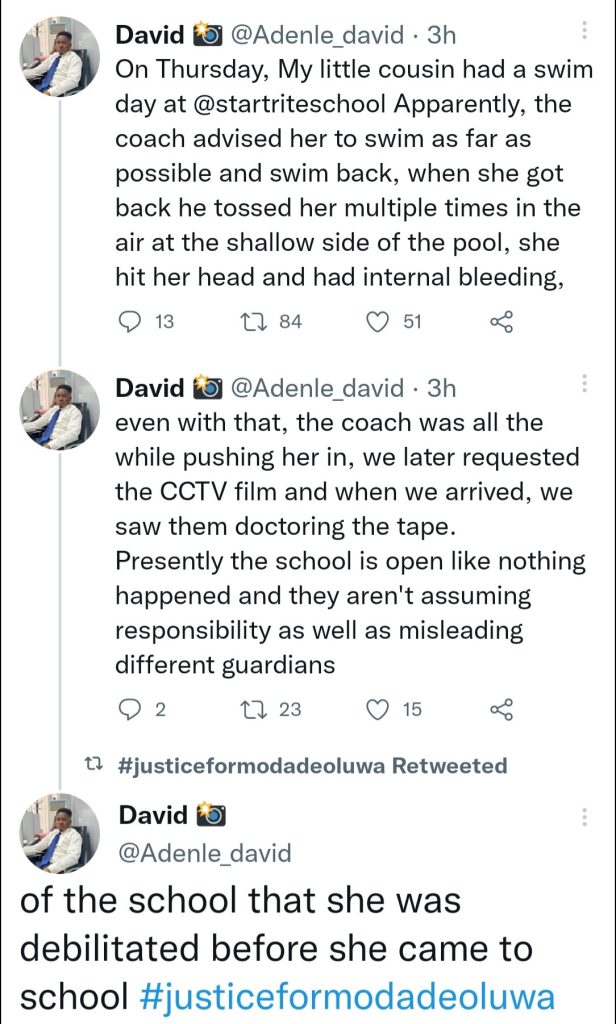 READ:  20-Year-Old Girl Who Can't Remember Anything Except Her Name Reunites With Family

@Bobanure also wrote: “On November 2nd 2022, my smart. Kind, beautiful 6-year-old cousine, Madade was killed by the negligence of the swimming instructor @sttartriteschool in Abuja.

“The school has refused to accept any culpability and have deleted the portion of the CCTV footage that shows what transpired in the pool. Please help us retweet and share until the school is held accountable.” 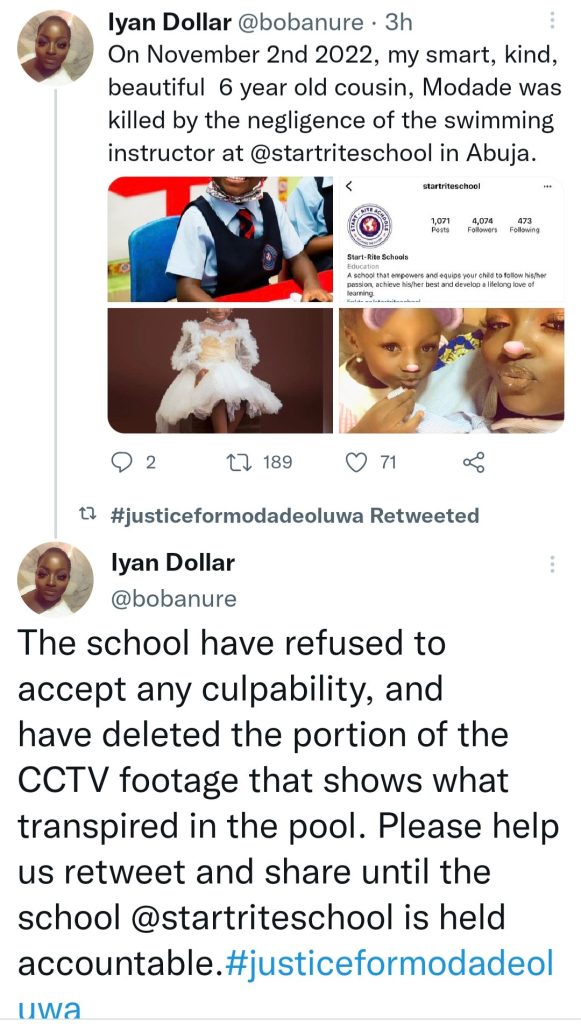 When contacted by SaharaReporters, a female officials who answered the calls at separate times refused to react to the issue or direct the reporter to a staff member in a capacity to do so.

The spokesperson for the Federal Capital Territory Police Command, DSP Josephine Adeh said she wasn’t aware of the incident.

KanyiDaily had also reported how a five-year-old pupil, Chidera Eze drowned during a swimming lesson organized by the Redeemers Nursery and Primary School in Ogba, Lagos State. 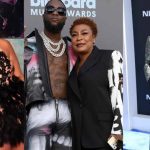