The Gombe State Police Command has arrested five (5) armed robbery suspects three weeks after they robbed a house and snatched some valuable items including a car.

This was disclosed in a statement issued by the Spokesman of the command, Mahid Mu’azu Abubakar.

The arrest of the suspects comes three weeks after their attack on the house.

According to Mu’azu Abubakar, following a distress call of an armed robbery attack on the 3rd of October, 2022, police operatives attached to Gombe Divisional Headquarters swung into action.

The police spokesman said, “On the 03/10/2022 at about 0630hrs following a distress call of Armed Robbery attack in the House of one Ishaya Jalo ‘m’ aged 64yrs, of Federal Lowcost Gombe, where one Corolla LE vehicle white in colour with Reg. No. BWR 351 CH Abuja FCT, was snatched along with original particulars and other valuable items including Laptops, GSM Phone Jewelry, and wrappers were carted away by the hoodlums, police operatives attached to Gombe Divisional Headquarters swung into action.”

“Suspects have voluntarily confessed to the crime and would be charged to court.”

UPDATE ON CRIMES AND CRIMINALITIES BY GOMBE STATE POLICE COMMAND
In continuation with our avowed determination to further stem the tide of crime and other nefarious activities in the state, pic.twitter.com/2MKFfgxbzJ

Meanwhile, Kanyi Daily reported that a 27-year-old man who stole an 850k vehicle and sold its component for 180k has been arrested by the police in Gombe state. 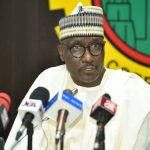 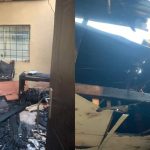