The Ogun State Police Command has arrested three members of a robbery syndicate, who specialised in snatching motorcycles from their owners. 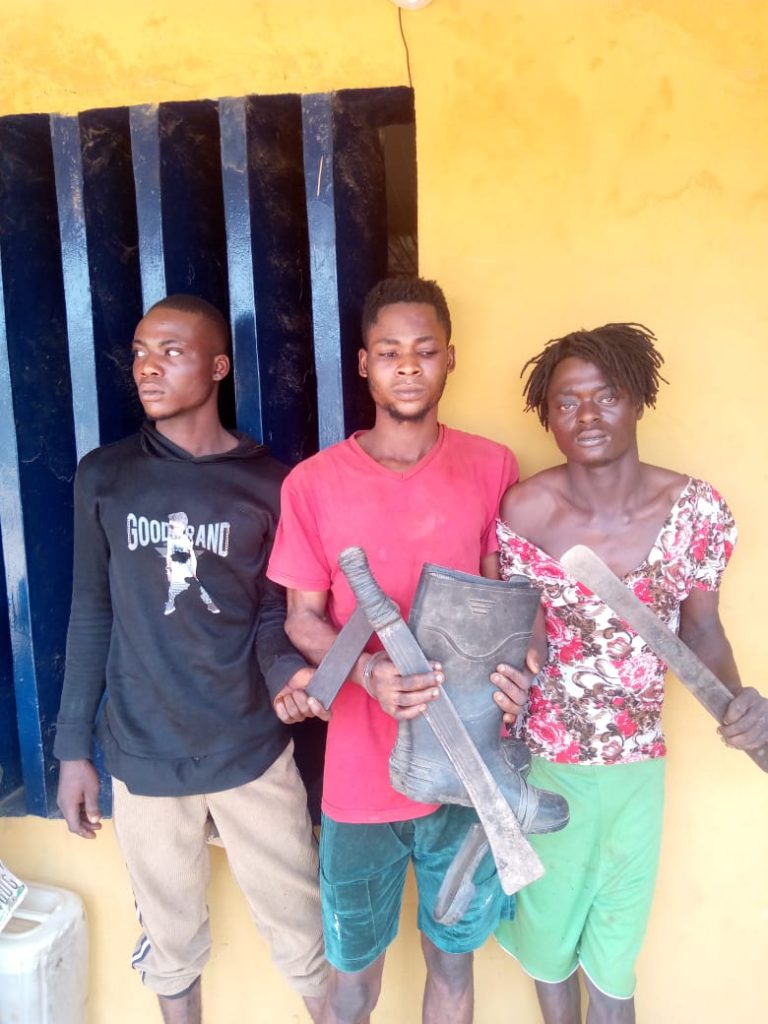 The Spokesman of the command, Abimbola Oyeyemi, who disclosed this in a statement, said the trio was arrested on December 5th.

According to him, they were arrested following a distress call received by policemen attached to Ago Iwoye divisional headquarters, that a motorcyclist, one Shefiu Moshood was being attacked by two men who pretended as passengers and asked him to take them to Oke Erigba village on his motorcycle.

He said the two suspects suddenly stopped him along the road and told him that they were not going again.

The police image maker disclosed that the two men pretended as if they wanted to give him money only to bring out “powdered grinded pepper and rubbed it on the eyes of the rider, with the view to snatch the motorcycle from him.”

The police spokesman added, “While he was struggling with them, a battle axe fell from the suspects’ bag, which the victim picked to attack them back.

“While the struggle was going on, the DPO Ago Iwoye division, SP Noah Adekanye, arrived at the scene with his men and some OPC men.

“On sighting the policemen, the hoodlums took to their heels but they were hotly chased and the duo of Daniel Akapo and Idowu Sunday were apprehended.

“On interrogation, they confessed to the commission of the crime, and they informed the police that, it was one Dare Olusegun who asked them to go and snatch the motorcycle with the promise that he would help them to sell it somewhere in Ibadan.

“Their confession led them to the arrest of the said Dare Olusegun, who also corroborated the statements of the arrested suspects.

“Meanwhile, the Commissioner of Police, CP Lanre S. Bankole, has directed that the suspects be transferred to the state criminal investigation department for discreet investigation.”

In other news, Kanyi Daily reported that CCTV footage showed how robbers used salt and saliva to break into a car and stole valuables

One Person Killed As Gunmen Abduct Corps Member, 7 Others In Abuja Estate