Like the proverbial dog, two brothers are currently cooling their heels in the custody of the Ogun State police command for stealing a vehicle entrusted to them for washing by its owner. 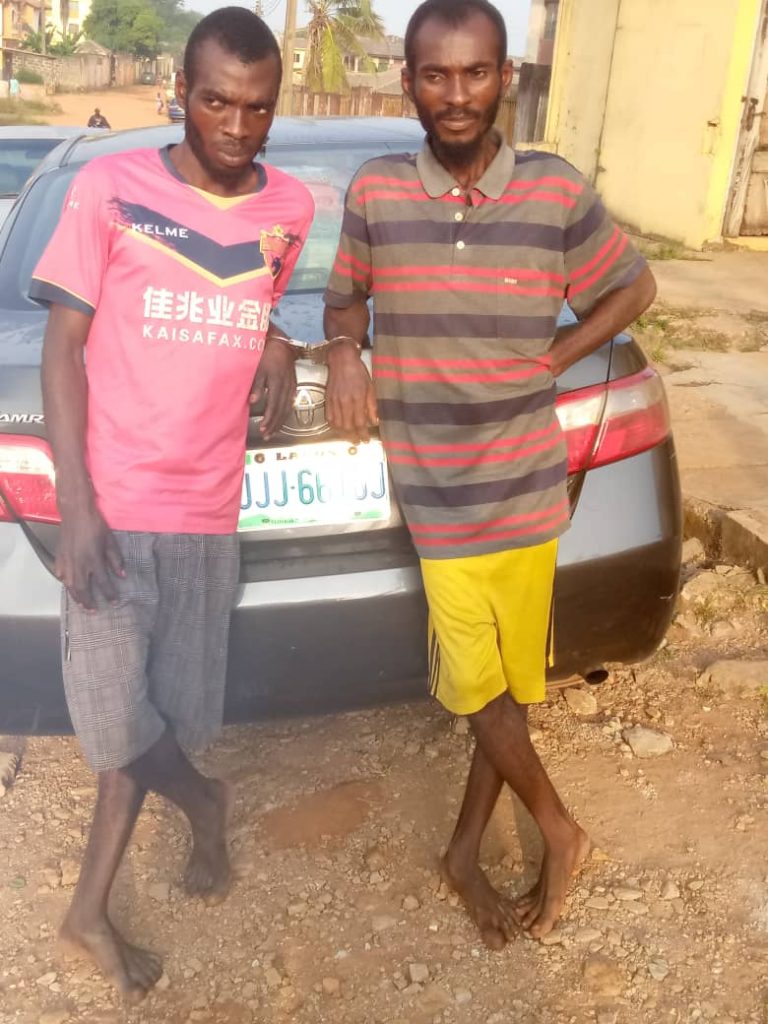 This was disclosed in a statement issued by the command’s Public Relations Officer (PRO), Abimbola Oyeyemi.

Oyeyemi gave the names of the two brothers as Emanuel Nwachukwu 28 years and Sunday Nwachukwu 24 years.

According to him, the duo was arrested by men of the Federal Highway patrol, who were on stop and search duty along Lagos/Ibadan Expressway on 30th of November 2022 while on their way taking the said vehicle, Toyota Camry, with registration number JJJ 661 GJ to Imo state.

Abimbola said, “The vehicle was stopped by the policemen for a routine check at about 11:30 pm, but while the officers were asking questions from one of them who drove the car, the two brothers who were the occupants suddenly abandoned the car and took to their heels.

“They were hotly chased and apprehended by the policemen, who there and then took them to Ewu- oliwo divisional headquarters for proper interrogation.

“On interrogation, the two brothers who live at No 2, Onifade street Fagba Lagos confessed stolen the car from one Bello Muyideen Kolawole of Arobaba street, Idimu Lagos.

“Upon their confession, the DPO Ewu-oliwo division, CSP Toyosi Bello, quickly got in touch with the said owner, who confirmed that the two brothers were working at a car wash very close to his shop and that he took the car to the place for wash, only for the two brothers to run away with it.

“Meanwhile, the Commissioner of Police, CP Lanre Bankole, has directed that the two suspects be transferred to State Criminal Investigation Departments, for onward transfer of the case to Lagos State Command, where the crime was originally committed.”

In other news, Kanyi Daily reported that the Rapid Response Squad (RRS) patrol team of the Lagos State Police Command on Thursday rescued two underage boys at Marina on the expressway about to be run over by speeding vehicles.

The tweet gave the names of the boys as Chidara, 5 years and Shonton Chukwu, 3 years.

According to the tweet, the boys told the RRS team that their mother boarded a car and left them.