The Delta State Police Command has shot dead a suspected armed robber and arrested another during a gun duel. 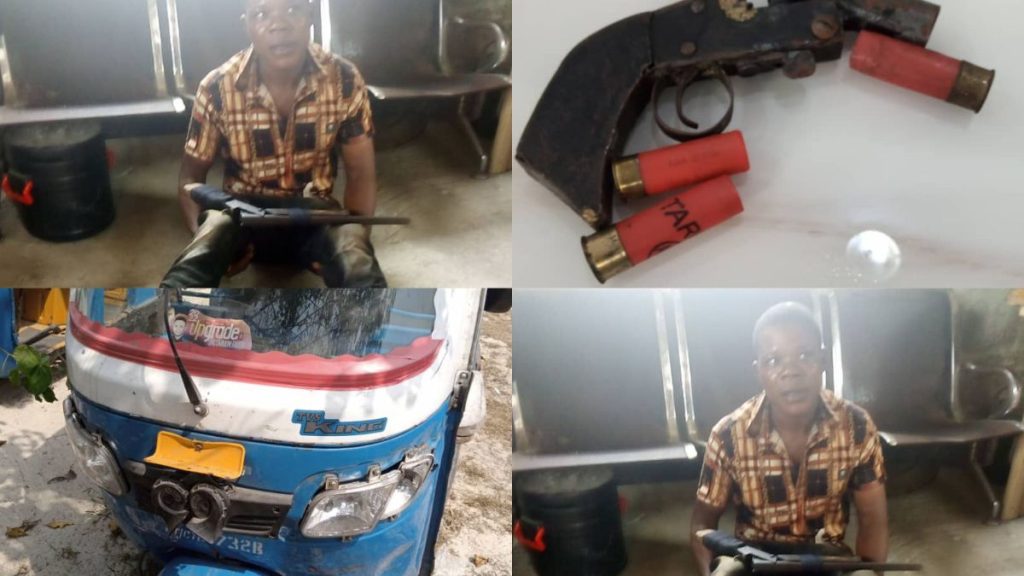 Spokesman of the Delta State Police Command, Bright Edafe disclosed this in a statement issued on posted on the command’s Twitter handle on Thursday night.

Edafe said the suspected armed robbers had shot dead a 26-year-old man, Efe Peter, and made away with his tricycle.

According to him, the DPO Owvian Aladja Police Station, Aliyu Shaba received a distress call on January 16th that a male corpse was found at the expressway close to Ujevwu junction in Udu LGA.

“Acting on this information, he detailed detectives to the scene where the corpse later identified as Efe Peter ‘m’ 26yrs old a native of Egiegi community who was shot by some armed robbers and carted away his tricycle,” his statement reads.

“The corpse was evacuated and taken to the mortuary.

“On the same day, a good-spirited individual reported at the station that the deceased was his tricycle rider, and the tricycle has a tracking device installed on it.

“It was on this information that the operatives again swung into action, trailed and located the tricycle to Warri/Sapele road by mercy city church where the robbers on sighting the police opened fire in a bid to escape and the police responded accordingly.

“In the ensuing gun duel, one of the suspects was neutralized, while the other suspect who sustained a serious gunshot injury was arrested.

“He confessed to the murder of the deceased and revealed that his other gang members were one Kparobo  ‘m’,  Smally Macaiver ‘m’, and progress ‘m’ all residing in Ekpan.

“One cut-to-size locally made single barrel gun, one cartridge, and two expended cartridges were recovered while the injured suspect was taken to the hospital where he later died while receiving treatment.”

The police image maker disclosed that effort is on to arrest the other gang members.

2. On 16/01/2023 at about 1700hrs, the DPO Owvian Aladja Police station CSP Aliyu Shaba received a distress call that a male corpse was found at the expressway close to Ujevwu junction in Udu LGA Acting on this information, he detailed

READ:  Nigerian Man Reveals Why He Wants To Use His Parents For Money Ritual [Video]