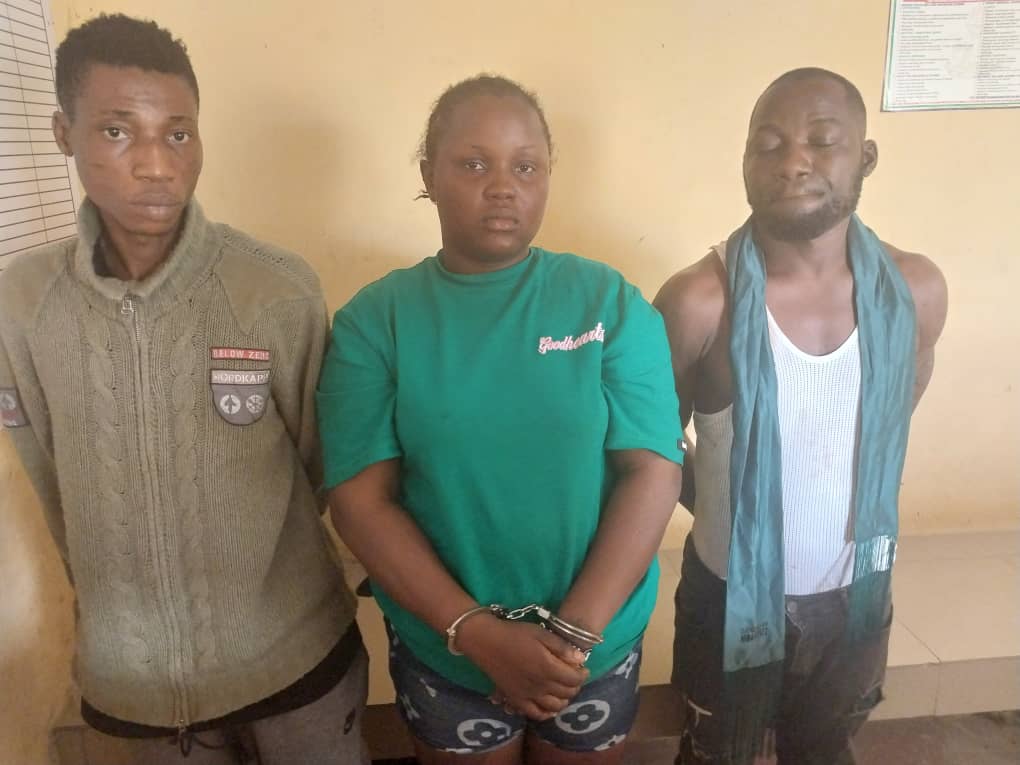 The suspects are two males, Cornelius Ememah, and Nelson Aghogho, and one female, Ufuoma Tunde.

The command’s Spokesman, Bright Edafe stated this in a tweet on his handle on Wednesday afternoon.

Edafe said the suspects chat and lure unsuspecting girls via Facebook, gan rape them, and also insert odd objects into their private parts.

According to him, the suspects hold their victims hostage, threatening to kill them, and then collect huge ransoms from their parents before releasing them.

The police image maker disclosed that the suspects were arrested at Ufuoma in Ughelli North LGA when one of their victims sighted them and informed the police.

He wrote, “The female suspect among them receives the victims and takes them to the hotel where they usually carry out this dastardly act. They have so far done this to over 20 young girls. Pls, be careful out there. Things are happening😪😪😪.”

In other news, Kanyi Daily reported the Delta State Police Command has asked the general public for help in locating a 67-year-old man, Akpokwaye Frawa Benseke, who went missing on December 17th, 2022.

READ:  Nigerian Father Weeps By The Roadside With His Sick Child Who Has A Heart Disease [Video]