Former Big Brother Naija housemate, Eriata Ese has taken to social media to lament an admirer who offered to take her on a free vacation trip abroad to chill with him. 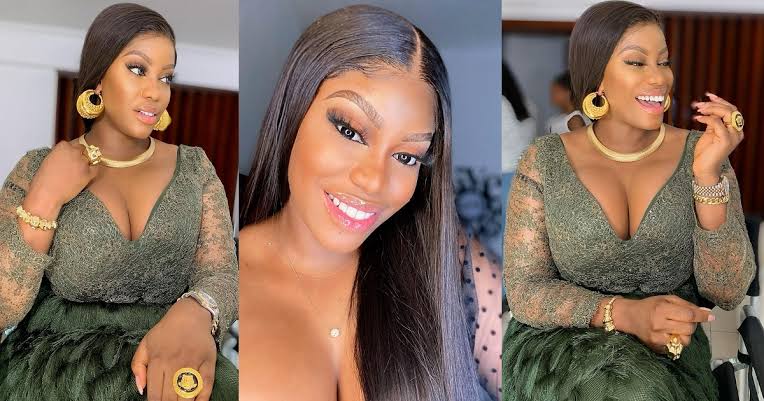 The admirer had sent her a DM on Snapchat asking if she was available for him to take her on a trip where they would have private time.

Sharing a screenshot of the message, Ese expressed her displeasure and slammed the admirer for having the audacity to ask her out in such a manner.

The reality star noted that she is freaked by what she can afford, and advised men to stop making a fool of themselves in her dm because it’s not everyone that crazy about vacation.

She wrote, “Just so you know this is the most disgusting way to approach a lady. It’s no news that this is the most lucrative way to get a woman’s attention now (vacation) because snap gats Dey pop.

“But make una Dey try look face before you make such bold approach. What I can afford doesn’t freak me give this lines to the people who need it. Stop making a fool of yourselves in my dm. Not everyone is crazy about vacation.”

READ:  Killer Cops Should Be Paraded Before The Public, Treated Like Common Criminals - Timi Dakolo 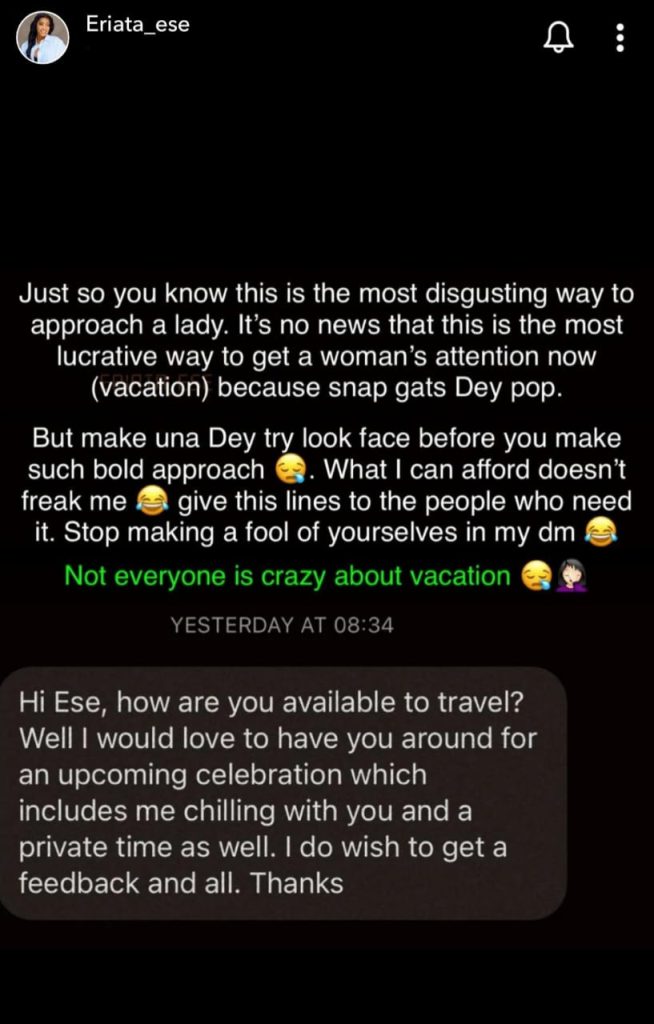 Meanwhile, another BBNaija housemate, Esther Agunbiade had told her admirers that she needs making-money opportunities and not attractions that are bedroom inspired. 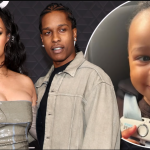 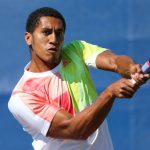