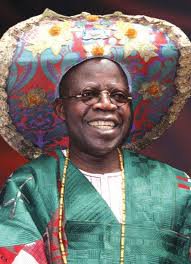 Former Governor of Lagos, Asiwaju Bola Ahmed Tinubu is said to be down
health wise.

Though the nature of the ailment is being kept heavily
guarded- his very close confidants are attributing it to stress, while the
situation is being quietly and efficiently managed. Further findings revealed
that the former governor has been battling this phenomenon on and off for a
while.

His strong supporters tagged the development a conspiracy between the fasting he
undertook and the stress of overseeing his political and business Empires. But
his loving wife, knowing the position of her husband, had to send some
politicians out of their home, as they kept visiting the home one after the
other in their numbers, knowing fully well, the lord of politics have been
placed on bed rest.

The politicians, who left in anger, came in to
discuss the forth coming Local Government elections with their party leader, as
his advice was necessary at this point, but got the shock of their lives, has
they were sent out of the house.