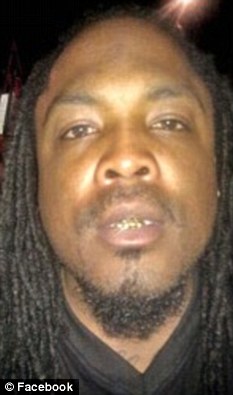 The incident occurred when the woman was
picking her son up from a day care centre on September 26.

It was only when she drove home with her child
that she realised her purse – containing credit cards, a chequebook and phone –
was missing and then the following day she was
contacted by her friend who noticed the odd picture of the man on her Facebook
page.


And with distinctive gold teeth and braids, the man looked just like the person she had seen near her vehicle before the theft.
The woman contacted the police straight away and detectives are now using the picture to hunt for the alleged thief.

Major Jason Bolton, of the Henry County police, told ABC news: ‘What we believe occurred is that this person, who potentially stole the phone, was attempting to place a photo of himself on his Facebook page, but the phone was set up to upload to hers.
‘We don’t know for sure, but he meets the description [of the suspect].”We’ve used Facebook in the past to solve some
cases, or help get warrants, but never have we seen a case like this where the
potential suspect provided his own picture to us to use in the investigation,’
Major Bolton said.
The picture has been distributed widely with
police hoping it will lead to the capture of the alleged thief.