Who could have thought that these rich single Nigerian ladies would remain single this long? They are rich, and powerful and a good number of them are drop-dead gorgeous. Those that are not super-rich in their own rights have fathers who have tons of money to have any man come running after them.

Those among them who have tasted the juice of matrimony soon found its after-taste a bit bitter and have done away with it, preferring to remain single even after a child or two. But others seem to be too busy to have time for any form of romance that could lead to the altar or is it that no man good enough has come their way to propose?

Whatever the case may be, they are yet to find their better halves. Some are in their twenties, and thirties and others are hitting on forties and beyond. Here are some of the daughters of the super-rich who are still single. 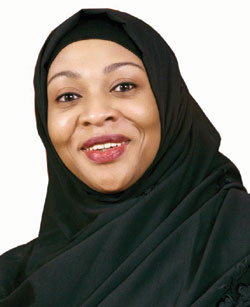 If her wishes have been well served by God, this ravishingly beautiful woman, who was a two-term senator at the National Assembly would have been the current governor of Kwara state. After her marriage to one Segun Fowora crashed some years ago, the super-politician has still remained single.
The reasons are best known to her.
Though she is a mother of three, the Senator is a dead ringer to any beauty queen any day. She has everything a man could need in abundance. She was born into wealth and she has done so well for herself that her achievements could compete with that of any man.
Born about four decades ago, Saraki attended Cheltenham Ladies’ College, London and University of Sussex, where she obtained a Bachelor of Science degree in Economics. Upon returning to Nigeria , she worked in the banking sector before her foray into politics.

Arunma Oteh
Ms Arunma Oteh who is of Nigerian/British nationality might have been described as the “Iron Lady” of Nigeria’s Securities and Exchange Commission, for her no-nonsense approach to the job of policing Nigeria’s financial business world but nobody would argue she is a damsel that could disarm any man.
READ: The Petition That Cost Arunma Oteh Her Job
She has got the beauty and for the brawn, a look at her resume does the talking. She studied at the University of Nigeria in Nsukka, Nigeria, and earned a First Class Honors degree in Computer Science. She went on to the Harvard Business School where she obtained a Masters Degree in
Business Administration.
ALSO READ: Copy of SEC DG Arunma Oteh’s Food Bill at Transcorp Hilton Abuja…Nawoooo.
Whether her status as a single woman will remain for long remains to be seen but going by her status and achievements, she has more than enough to bring into any marriage and of course that wedding, low-key or otherwise will surely be a society affair.
Deola Sagoe
Ms Deola Sagoe, daughter of Chief Michael Adeojo, Chairman of Toyota Nigeria Limited, is a woman who was born into money but has carved a niche for herself as a haute couture fashion designer who has rocked the country and caught the eye of the international fashion community.
She is a mother of three who has refused to remarry after her marriage to Kofi Sagoe hit the rocks some years back. She studied at the University of Miami and University of Lagos with a Masters in Finance and Management.
Friends of Deola have said she is married to her job and her creative mind is working 24/7 to have time for any marriage. She broke through in her career when she was appointed to represent Nigeria in an international campaign organized by the United Nations World Food Programme. The
campaign, titled “Catwalk the World: Fashion for Food.”, became the launching pad that propelled her into international reckoning. 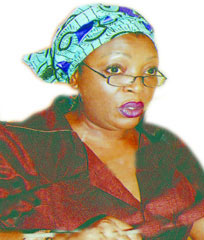 Funke Adedoyin
Funke, doesn’t like to be asked when she will get married. All she said is that she is happy in a relationship, saying “I think that you cannot have it all in life but you can have it all at the same time”
Edith Jibunoh
Edith, is your modern-day super successful woman who has come clean and good from playing hard and square on the field populated by men. The daughter of Dr Newton Jibunoh, the popular adventurer and explorer has worked in the MDG Office of the Nigerian Presidency and the World Bank, where she worked on East Asian countries and External Affairs at the Bank’s UN office.
Since her short-lived marriage to Stan Rerri was dissolved, Edith has been on her own. Beautiful, lively and very attractive, Edith is any man’s dream of a wife but the woman who has written severally on African development and governance seems to prefer spinsterhood. 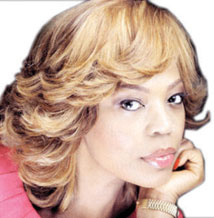 Biola Okoya
Chic, sophisticated and very rich, Biola Okoya, one of the most celebrated daughters of business mogul and billionaire, Chief Rasaq Okoya of Eleganza Group of Companies, has not even come close to contemplating marriage after her marriage attempt with Akinwande Johnson failed.
Biola, who is regarded as a stylish woman loves to party and would be a lively one for any man. But for reasons best known to her, she has decided to shun the allure of matrimony. There was even a gist that Biola once stated that she would never succumb to the dominance of any man.
Once a hot item on the social scene, she has recoiled into a quiet life, setting adrift the rumour that all is not rosy between her and her billionaire father, who is obviously taken in with his last wife, Shade Okoya.
Oyin Adenuga
If there is such a thing as the most eligible single girl in town, Oyin Adenuga’s name would sure be on top of the list. The beautiful daughter of the ‘big boss’, Dr. Mike Adenuga of Globacom, has everything going for her except having the right man to fit her missing rib. For money, she has no care in the world as she could have anything money can buy.
For education, she is supremely schooled, having graduated from the prestigious University of Maryland, Baltimore County with a Bachelor’s degree in Sociology at 19. After working with her father’s establishments for years, she is now in business of fashion retailing for herself, though she operates her business from Atlanta Georgia.
Just after the spectacle of her sister’s wedding, Bella, bedazzled society, the news of her own set marriage rocked the media. But before the news had time to settle, another broke that the wedding was off and rumours ran crazy that her supposed boyfriend was only influencing her through some mystic means to railroad her into matrimony.
Tabitha Kwajafa
Not much is known about Tabitha, the daughter of Fulani Kwajafa, former boss of National Drug Law Enforcement Agency, NDLEA, but she is beautiful and rich. She runs a boutique, AMEN 2 in Abuja.
The boutique is strictly for the high and mighty.
There is a gist that she has a son but that gist is unconfirmed. The real thing is that Tabitha is waiting for a man to sweep her off her feet. She’s got more than enough in dowry for any man willing to take on the prospect of having this free-spirited woman for a wife.
Dr. Fatima Atiku Abubakar
Dr. Fatima Atiku Abubakar is the first child of Hajiya Titi Atiku Abubakar for Alhaji Atiku Abubakar, Turakin Adamawa and the former Vice President of Nigeria. She is a medical doctor who prefers a quiet life away from the social glare.
The doctor who is in her late thirties is single but it is unclear whether she has an issue for anyone. Why this highly wealthy woman of substance is still single is best known to her.
She is a darling of her father and a few years back, we saw how the family could go the extra mile in
seeing off their offsprings to matrimony at the wedding of Adamu Atiku Abubakar, the first son of the family. No expense was spared and anybody who is somebody in the country graced the wedding which was more of a carnival.
Orie Kalu
Orie Kalu is a beautiful woman who would surely attract a second look. But this daughter of former Chairman of Union Bank of Nigeria, Elder K.U. Kalu hasn’t been able to get tied to any man for keeps.
She shuttles between Nigeria and the United states and word has it that she is doing well for herself except signing off her maiden name. 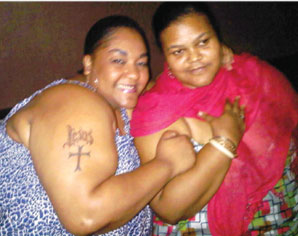 Gloria and Elvina Ibru
Gloria and Elvina Ibru are daughters of Olorogun Michael and Cecilia Ibru. To say the girls are rich is an understatement. Though both babes are on the big side , they are certainly beautiful, taking their good looks after their beautiful mother.
These girls who always rock social gatherings in the company of each other are lively, easy-going and fun to be with. Both are of marriageable age but are still unmarried. For some reason, they disappeared from the social scene for a while only to reappear recently. The sisters were first noticed at a party in the company of their brother, Chief Oskar Ibru and were later seen at some of their favourite hangouts with some of their friends.
Daphne Dafinone
Daphne Dafinone, daughter of legendary accountant and billionaire, Chief David Dafinone, is a Fellow of the Institute of Chartered Accountants in England and Wales, and Institute of Chartered Accountants of Nigeria.
She trained with KPMG Peat Marwick Mcclintock, Chartered Accountants, United Kingdom, where she qualified, before joining Horwath Dafinone.
Daphne, who is in her late twenties, later earned a Ph.D. in Internal Audit and Corporate Governance from City University (London). She is one of the family members who made the Guinness Book of Records as the family with the most Chartered accountants.
Unlike her sister, Joy Amazu (nee Dafinone) Daphne is yet to sign off her maiden name to a man of her choice. Recently, she was conferred with a chieftaincy title. 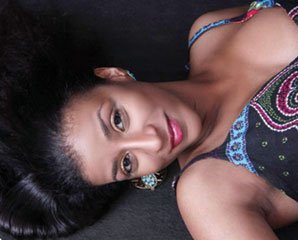 Mabruka Mai Deribe
She is the daughter of the stupendously rich Mai Deribe. A fashion designer for the upper class, her cute body has won her many admirers. She is still single and in a recent interview she said her ideal man must possess her late billionaire father’s qualities.
Mabruka Mai Deribe, is the designer behind Mabs couture and she is well respected in the fashion circle. The Abuja-based designer who had been away for a while has been busy working on an entirely new line of hand- made fashion accessories- earrings, bracelets and rings, crystallized ankara print fabric and dressy kaftan dresses. One wonders when she will gets busy with finding a better-half.
If you know other rich single Nigerian ladies, notify us and we will be happy to update the list.
Source: Vanguard
READ:  57-Year-Old Father Of Liverpool Goalkeeper, Alisson Becker Drowns To Death In Brazil