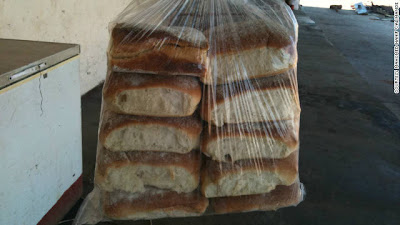 Naming a product after the world’s most notorious terrorist may not seem like a
surefire route to commercial success.

For bakers in the Malawian city of Blantyre, however, this marketing ploy is
helping to reel in customers while ensuring that their produce has an
unmistakeable identity.

“We make bin Laden buns,” said Mahomed Hanif Valimamade, co-owner of a
patisserie within the city named the Portuguese Bakery.

The standard bread rolls — which are not exclusive to any one company and
are produced by a variety of outlets in Blantyre — were initially given their
unconventional moniker by customers who likened their appearance to similar
bread made in the Middle East, says Valimamade.

The tag quickly caught on, and when businesses realized how their products
were being identified, they began to label them as such, to great effect.

On a good day, Valimamade claims, small bakeries like his own can sell as
many as 2,000 “bin Ladens,” adding that a large part of what makes them stand
out is their attention-grabbing title.

He is quick to point out, however, that the name has nothing to do with an
admiration for or expression of solidarity with the now-deceased al Qaeda
figurehead.

“The majority of people like this name,” Valimamade explained. “It seems to
me this is nothing to do with politics. Malawian people are very
pro-Western.”