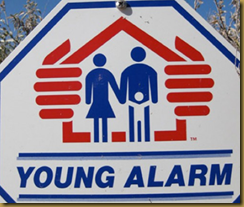 A final year student of the Lagos State University, Ojo, Chinyere Ezeala, 27 was found dead in her lover’s room at Ejigbo, Lagos, southwest Nigeria after a marathon sex. The police at Ejigbo alleged that the 400-Level student was found dead on Friday on her lover’s bed at 36, Fayemi Street, Ejigbo, Lagos. She was found wearing a wrapper. Her boyfriend, Ifeanyi Sunday, who works at the Apapa wharf allegedly reported her death to the police the following morning and was arrested.

The family of the deceased are, however, insisting that Ifeanyi must marry the deceased according to Igbo tradition and perform the necessary rites. They claimed that she died while he was having sex with her. They also accused the suspect of sleeping with her without paying her bride price to the family…..Chaiii am pitying this sunday…Had I known starts at last…Mstchewww

“He should marry her now that she is dead as tradition demands,” a man who identified himself as an uncle to the deceased told the police.

Police sources at the station confirmed that the corpse had been taken to the Isolo General Hospital for autopsy.

P.M.NEWS gathered at the residence of the suspect that the late Chinyere was a regular visitor to Ifeanyi’s home every weekend to spend days before leaving for school.

On the day of the incident, a neighbour who identified herself as Rose told P.M.NEWS that the late Chinyere visited and slept with Ifeanyi and was found dead the next day. “Ifeanyi went to the police station and reported what happened. He was arrested and brought to the house. The body was later taken to the hospital by the policemen,” she explained. When P M NEWS visited Ejigbo Police Station, the divisional police officer, DPO, CSP Benjamin Olanrewaju Adeola was not around to comment on the incident but sources at the station confirmed it.