Whoops am so so sorry i blogged this late….. I hope you all still remember the gist last year about Ice Prince impregnating one Bimbo Babatunde, a Benin Republic University undergraduate (A drop-out of Houdegbe North American University, Benin Republic.)Well the Gist is that Bimbo gave birth to Toluwalase on Thursday, March 1, 2012 somewhere in Abeokuta.

Bimbo, a former girlfriend of fellow Ice Prince’s label mate, Jesse Jagz was seeing Ice Prince while still dating Jesse Jagz.
From what we gathered, Ice Prince is not happy about the development and has abandoned Bimbo and their child.
It was also learnt that Ice Prince has been very harsh to Bimbo over the newest development. We were unable to confirm if Ice Prince has now refused to take full responsibility of the child, but from what we gathered, something of such could be smelling.
Hmmm this is serious.

READ ALSO
Obesere Talks About Rape Allegation Levelled Against Him 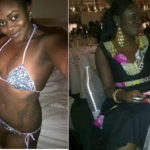 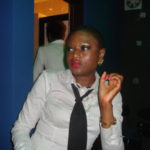