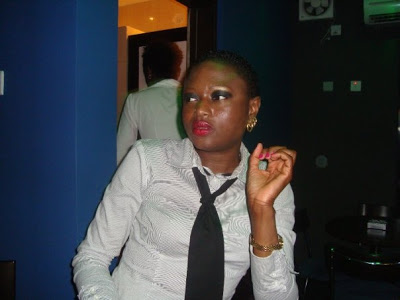 Its been a month since the owner of the Club SQ-bar/lounge, restaurant and Night club– Susan Yusuf was murdered in dastardly way. According to very reliable sources the death of the entrepreneur in the hands of her ‘errand boy’- Idris is far more than how it might have been reported. Idris the alleged murderer is said not to be her boyfriend after all, but a certain Obalende dude who used to work for her one way or the other. The late Idris, his brother Bala and their friend Mohammed are said to be young, Hausa boys who she knew in the course of running her joint and who normally helps in bringing big spenders to the joint for a certain percentage.

Prior to her death, Susan was said to have had a fallen out with Mohammed over what we couldn’t ascertain, on the day she was murdered it was the late Idris that drove her home, she was said to have been at another part of her apartment when she heard the sound of broken bottle, rushing out to investigate what must have happened, the late Idris struck the 1st blow to her neck with the broken bottle and continued stabbing her, while she was shouting at the top of her voice for help, as Wande Coal of the Mo Hits records stays next to her apartment. Still not yet done, Idris was said to have gotten a bread knife to finish off his dastardly act, puncturing Suzy’s stomach till some parts of her innards were coming out.

Apparently, a passer-by heard the agonizing cry for help of Susan and heard Wande’s name went on to alert Wande, who with others tried rushing to the door to see what was amiss, Idris on hearing the frantic knocks on Susan’s door and panicking wanting to escape decided to disappear through the backdoor, he apparently climbed a ledge at the back carefully moving to cross to another flat, so as to take the back to escape, a neighbor who saw a man working on the ledge near her kitchen shouted in fear (she couldn’t understand, why anyone, especially a stranger would be doing acrobatic acts that near her kitchen), this apparently made Idris lose his footing and thereby plunging to his death face ward.
By the time help got to Susan, it was a very gory sight that her rescuers met, stab wound all over her body, her intestines pushing out of her body, but she still held on and was still able to talk, so her rescuers decided to rush her to the hospital, alas! 1004 had no ambulance for emergencies, so they had to quickly get a private car, but while still in the traffic near her 1004 apartment, the strong lady gave up the ghost.

While the family members and friends are still mourning her death, the 1st shocker to come their way was a note from her landlord to her management to vacate the premises of her club with immediate effect, not only that Electricity officials (NEPA) came just a few days ago and cut off the joints electricity supply and in no time, every food items(large quantity at that) bought and kept in their freezers all got spoilt and had to be thrown out, while they were still dealing with that, a part of the club mysteriously caught FIRE!!! Some days ago, fire fighters had to break in through the glass doors at the front to forestall what could have become another major problem.
According to our sources, major investigation is presently going on to find out what could have been the motive behind her murder, a few of Susan’s friends are of the opinion she might have been assassinated, why? Many don’t know, some are speculating that she’s being owed huge amounts and her debtors might not want to pay, some are even claiming that the fire incidence might not be an isolated thing, they are of the thought that the late club owners might have kept some documents, so why not burn the place, all these are just speculations, we are still waiting to find out what the fire fighters think might be the cause of the fire.

2 things have so far been established- she was killed (maybe assassinated, that’s for the police to establish), the other fact is that Idris her killer was not her boyfriend (at least according to her friends). 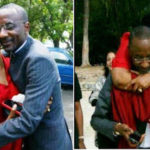