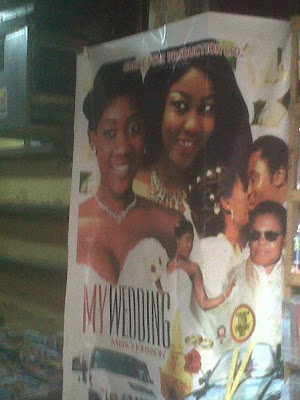 Nollywood super star actress Mercy Johnson has decided to follow Kim Kardashian’s Wedding Footsteps, except this one hasn’t ended and i pray will never end  in divorce later.

The Actress has reportedly sold video production copyright of her wedding to Great Star production Ltd. The company paid millions of naira to obtain the scene shot on, and the wedding video named “”My Wedding”

According to Alabama Uncut , the release date for the video (17th February, 2012) has been pushed forward due to disagreement between Mercy and the production…. I guess you guys havent forgotten the most controversial wedding in the history of celebrity wedding in Nigeria.