You would be tempted to think that this incident is one of those funny episodes in a Nollywood movie; but it’s not. It happened real in Abuja, the federal capital territory.
She was a young and pretty babe with the telecommunications outfit, MTEL years back. That was until it folded up and she went into private business.

Meanwhile, it was while there that Teju Salau met and started dating an Edo born young man simply known as Kingsley. According to reports, the guy came from one of the Local Governments that borders Ondo State. The guy had an ambition to travel abroad and after much pressure, the lady helped him in facilitating the trip as well as financing same.

While the lady agreed, her more circumspect mother was said to have been seriously against the idea but Teju went ahead and had the blood covenant all the same.
Weeks after they had sworn the oath, the guy was granted visa to go to China. According to members of Teju’s family, the guy was always calling when he first left. That was about seven years ago.
Gradually things however changed as his calls reduced and at a point he was no longer calling at all.

Even when Teju called, he would either not pick at all or he’ll be very cold towards her on the phone.
Efforts by the babe to talk to his family members back home in Edo state proved futile as they also told Teju that the guy was not in touch. At a point they even accused her of supporting him to run away from his responsibilities to his parents.

Family sources gathered that when the guy had been gone for so long and he was not forthcoming, Teju tried to go into another relationship.
Each time someone professed love and she accepted, once the relationship got to the level of fondling each other, she starts behaving abnormally. This was the situation for her first four lovers and three of them left thinking she had mental problem.
Only one of them attempted to confirm whether she lied when she told him that she had a blood covenant.
According to our source, the situation took her to several churches as well as spiritual homes all in a bid to break the covenant.
Weeks back, believing things were now okay with her, Teju had gone on a date with a suitor after which they ended up in her Lugbe, Abuja, apartment.
Sources gathered that the lovebirds were in the process of lovemaking when the guy noticed that the lady was behaving funny. All efforts to calm her down proved abortive and he had to raise an alarm before neighbours intervened.

As you read this, Teju has not been able to regain her normal mental state. 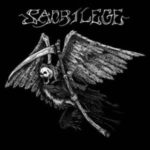