The on-going ‘Bukola Elemide & Another VS Dockland Communications Services’ N700m lawsuit between Nigerian soul singer Asa and weekly publication News of the People is set to resume this Thursday, April 26, 2012. On Thursday, February 23, 2012 a Lagos High Court presided by Justice A.J Coker adjourned the case to April 26 (Tomorrow) after the claimants Bukola ‘Asa’ Elemide and her manager Janet Nwose were missing in court.
The 29-year-old, who was represented by her legal counsel Abraham & CO. stated that their client (Asa) was indisposed, although the defendants counsel Yinka Muyiwa opposed the claim, insisting that the singer was in France, performing.
Asa had slammed the lawsuit against the Loye Hamzat-owned celebrity magazine on November 22, 2010, after they published an article portraying the musician as a homosexual. But, through its counsel, the publication says they have done no wrong, as they culled the story from an online publication.
We are however unclear if Asa and her manager will attend the court hearing although she is back in the country. The singer recently performed live at the 12th edition of the African Movie Academy Awards which was held Sunday, April 22, 2012.
‘You’ll have to speak with our reps on this please’, Asa’s manager Janet Nwose replied when NET asked if Asa would attend the hearing.
And when we contacted her reps at RED Media, an exec Adebola Williams, said ‘We’ll get back to you on this’.
Asa’s Counsel Abraham & CO. has however assured that they will be in court even though they aren’t sure if Asa will be present. 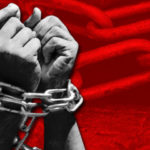