Nigeria’s Falconets on Sunday cruised to the quarter final of Japan
2012 FIFA U-20 Women’s World Cup, after they thrashed Italy 4-0 in their
last group match. Francesca Ordega scored a hat-trick for the
Falconets in the 22nd, 39th and 47th minutes, while Osarenoma Igbinovia
netted the fourth goal in the 86th minute to seal victory for Nigeria.

The
Falconets, who managed a 1-1 draw against Brazil in their second match,
raised their game and dominated the encounter against the hapless
Italian girls. Nigeria finished the first round of the Women’s
World Cup as Group B leaders with 7 points, while South Korea, who
defeated Brazil 2-0 today garnered 6 points to place second and also
advanced to the quarter final. Brazil and Italy finished third and fourth with two and one points respectively, and crashed out of the World Cup.

Ordega,
who suffered a minor injury after scoring a hat-trick for Nigeria
during the match, said: “I’m happy we defeated Italy, and scoring three
goals made our quarter final qualification a unique one. All of us
played well and we deserved the victory.” 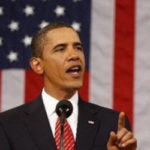