A German, Raufach Edgar, who was kidnapped in Kano on January 26 this year has been killed by his captors Thursday morning before he could be rescued by men of the JTF
The raid is still ongoing and sporadic shootings are still being heard by residents who are all trapped
within their homes and unable to go to work. A military helicopter is also still hovering overhead, providing aerial support to the forces on the ground.

The JTF had conducted a raid at Danbare area opposite the new campus of Bayero University Kano this morning after tracing the kidnapped German to the hideout where he was being held but the captors killed him before the JTF could apprehend them. The JTF is to brief the press soon on the incident.

Raufach Edgar was until his kidnap working with Dantata and Sawoe construction company. He was abducted by two gun men around 8 am on January 26 along the Zaria – Kano expressway were his company is located. 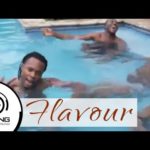