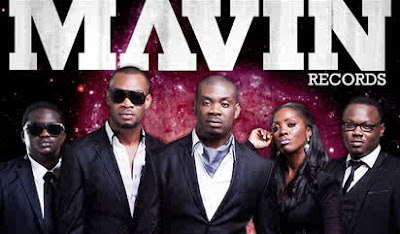 Don Jazzy no doubt is a man who keeps his word; so when he announced yesterday that he would be releasing a compilation album that will hold new works from his Marvins- Tiwa Savage, Dr. Sid, Wande Coal and D’Prince titled Solar Plexus today, this writer has been on the ready and in the coming paragraphs takes a curious yet critical look at this album that comes barely two months after D’banj left the pack to take on the international music market…..continue reading to see this writers honest review.

Solar Plexus ordinarily means that part of the abdomen including the stomach that is particularly vulnerable to the effects of a blow; so maybe Don jazzy is trying to say this album will literally knock the wind out of you – entertainment wise that is.

The album compilation holds twelve tracks with Tiwa Savage disturbingly doing only one track out of the twelve while Dr Sid, Wande Coal and D’Prince enjoy three each for themselves. This may be due to the fact that she is a recent sign on to the label and the whole compilation had been put together in a rush with Don Jazzy being under intense pressure to be out quickly with his label.

Solar plexus has I’m a Marvin presumably done by all four but then it is difficult to determine when each male Marvin individually takes on the song as the versus had gone the same way both melody and voice- tone wise. Only Tiwa Savage who thankfully is a female had broken the male monotony with her rich, sensual voice. This is noticeably different and perhaps not up to what the Mo’hits all stars had hit us with in 2007.

However, the track I am a Marvin exudes a new music sense and style quite unlike what Don Jazzy has ever produced before. Anyone with good music ears and love for perfect harmony will enjoy the number but then if you are inpatient and already quivering to get into a dancing feat then you maybe be moving on to other tracks.

In Solar Plexus, Tiwa Savage has Oma Ga to her credit, Wande Coal drops See me ri, Forever, and Pretty girls, Dr Sid Yolo, CPR and Chocolate while D’Prince finishes with Take Banana, Why you over there and Amarachi. All four Marvins do their songs individually and independently. They do not jump in to help each other at choruses or bridges save for the Producer himself Don Jazzy who comes in occasional yet expectedly to do vocal backup.

In all the album is tight. But then there may be moments when the up beat tempo maintained in one track drops considerably in the next track. The sound and production quality is on point but still not ahead of what had been in the Mo’hits era. This album no doubt will have hits that will rock clubs and parties for months to come but then a most painful reality stares everyone really hard in the face – D’banj is sorely missed in this compilation.