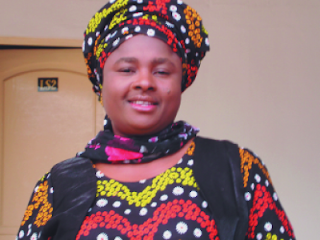 Cross River based film maker and founder of
Liberty Foundation Gospel Ministries, Evangelist Helen Akpabio lost all 3 of her
younger brothers on the same day in March.

The brothers, Joseph, Charles and Emmanuel Akpabio,
were killed on Sunday March 25th in front of their aged mother. The killings – shocking, barbaric and reminiscent
of a mafia-styled gangland bloodletting – crime was allegedly perpetrated by a
combine team of the State Security Service (SSS) operatives and a Nigeria Police
squad. Continue reading to find out how it happened.

The killing which was a
culmination of a well-laid plan started on March 24, when three anonymous white
men came to Mbente Village in Nkari clan, Ini Local Government Area of Akwa Ibom
State, the village where the decased, Emmanuel and Joseph, lived. They (white
men) came in the company of one of one Benjamin Christopher Akpan Otu from Ifa
village of the same clan. The three white men allegedly came on a courtesy
visit, inviting youth leaders of the clan to come for a meeting concerning a dam
that is to be constructed on their land.

Joseph Akpabio, one of the youth leaders, invited
people in the village to welcome the visitors. The visitors requested for a
formal meeting the next day. The youths had no idea that Benjamin, whom they
consider a friend and who escorted the white men was a bait and that the other
men in the white men’s entourage were actually SSS operatives. The next day’s
rendezvous was fixed at Ikot Ekpene, which is about one hour drive from Nkari
clan.

Benjamin, further suggested
to Joseph that the meeting should be in his wife’s house at Ikot Ekpene. Joseph
unwittingly accepted. The “Judas” went ahead by calling the Akpabio elder
brother, Charles, a sailor who resided in Calabar, and informed him of the
meeting. The latter called his brother to confirm it. To forclose any suspicion,
the scheming Benjamin and his white men invited a few other youths, who were
executives of the Nkari Youth, one Solomon Udoette, two others from other
villages in Nkari and also the last of the Akpabio brothers,
Emmanuel.

The next day March 25,
the invited youth leaders left for the meeting not knowing they were on their
way to their death. Joseph the host of the meeting bought drinks and prepared
snacks for the coming visitors. He went the extra mile by asking his wife to buy
petrol so that they could put on light and fan while the meeting lasted. The
white men and their escort, Benjamin, called Joseph Akpabio to be sure he was
there. They also confirmed whether his elder brother Charles, who lived in
Calabar would make the meeting and the still-unsuspecting Joseph told them he
was on his way.

Before long they
were all assembled in Joseph’s compound. The mysterious white men came in a
truck driven by one Toppa, who incidentally was a friend to the younger Akpabio,
Joseph. Also in attendance was Benjamin Christopher Akpan.

Shortly into the meeting, the white men called for
an interlude so they could hold a brief discussion among themselves outside.
Just as they stepped out, the generator went off. The host’s wife who went out
to check the cause of the power outage was confronted by about 20 policemen who
all wore black T-shirts. She witnessed the final betrayal as the white men shook
hands with the leader of the squad, a certain Noel Nduka before they
departed.

Then the nightmare
unveiled. The policemen rushed into the house rounded up those inside,
handcuffed them and herded them into their trucks. Thereafter, the true
intention of the meeting began to unfold as Benjamin Christopher Otu who was
also handcuffed had his own handcuffs released and he suddenly began to discuss
freely with the police. The police wasted no time in showing that they meant
business: they shot all the six young men in their knees. Then the bizarre
happening began to take the shape of a vendetta, as the Judas, Benjamin, replied
that they should “go and shine in the grave”, when questioned by his friend
Joseph about what crime they had committed to deserve such a treatment. With
the traitor acting as their guide, the police drove their victims to their
village allegedly to find the father of Emmanuel, Charles and Joseph with the
intention to kill him also.

When
the death squad got to the village, they gave their traitor guide a mask to
cover his face so as to hide his identity. Back to the very compound where the
meeting was held the previous day, the policemen stormed the house searching for
Chief Essien. However, their quarry was not at home. As they ransacked the whole
house, breaking down locked doors, the masked accomplice (Benjamin) led them on
with sign language, directing them to pressurize the Akpabio’s mother, madam
Atim to produce her husband. When that failed, they dragged out two of their
victims Charles (whose broken legs had been tied wit rafia ropes) and Joseph and
dumped them by plantain trees. The two elderly women, one, their 72-year-old
mother, the other their uncle’s wife, aged 82 years cried, begged the policemen
to set them free and to tell them what their crimes were. At that point Joseph
did manage to tell his mother that Benjamin had set them up using the dam
project. The two boys were shot before the very eyes of their mother and their
uncle’s wife while their other brother, Emmanuel, and the other three young men
were taken away.

Later, Benjamin
confided in one Peter Ekpenyong Inuaeyen that the four boys who were not killed
were being detained at the State Police headquarters, Ikot Akpan Abia. He also
gave out some phone numbers which include that of Noel Nduka, the SSS officer
who allegedly shot the brothers.
When a call was put through to him, Nduka
allegedly confirmed that he killed the three brothers, claiming that they were
terrorists. According to reports, when asked about whom they had terrorized, the
SSS operatives was alleged to have claim that he has the right to kill anybody
he is asked to kill.

How the other
captives met their end gave a picture of a mindless cruelty. By the next day,
March 26, the remaining four young men who were still alive—Emmanuel Akpabio,
Solomon Udoette and two others – were driven to Obot Akara and then shot at the
boundary of Nto Edino and Obot Akara at about 1a.m. of March 27, 2012. Benjamin,
the Judas, again called his confidant, Peter Ekpenyong Inuaeyen and told him
that “all are gone”.

Noel Nduka,
later told a local newspaper that the police team encountered some robbers who
operated between Abia State and Akwa Ibom and had killed all four of
them.

Meanwhile, two weeks before
the tragedy, Benjamin, the deceiver, came with his accomplice, Toppa, and told
the late Joseph of how the youths of the land were vandalizing the property and
equipment for the dam. Benjamin insisted that since Joseph is the youth
president he should call Charles to accompany him to go and pick some of those
things for safety. Charles later told his wife that Benjamin did a strange thing
by filming them with his camera phone while they were doing that. Today, the
police are using what Benjamin recorded as their evidence to the fact that the
boys have been stealing from the dam.

Killed and abandoned by the road, efforts made by
the family of Chief Essien Akpabio to have the corpses of the murdered young men
buried decently has been futile. A lawyer, who went to see the DPO of Obot
Akara, was sent back empty-handed by the recalcitrant police
boss.

At the moment, it is alleged
that Noel Nduka is still insisting that he must kill Lady Apostle Helen Ukpabio
whom he claimed has been aiding the kidnappers. He has also sent threat messages
and calls to the only brother of the deceased, Henry Akpabio who is resident in
UK. He is alleged to have boasted that “they” are commissioned to eliminate him
and the entire family of Chief Essien Ukpabio.

In a brief phone chat with Sunday Express,
grief-stricken Helen Ukpabio, said all her family wants now is justice and the
recovery of the corpse of her remaining brother. “My life is in danger, but I’m
not deterred, my family and I will follow this wicked case of injustice till we
get justice. You cannot kill my innocent and defenseless brothers and expect me
to keep quiet because you are working for the government.” 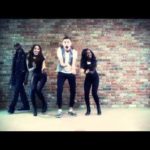 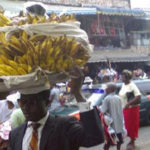