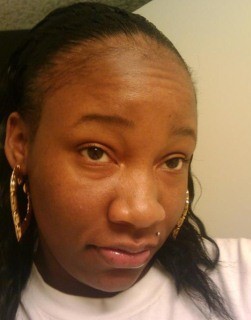 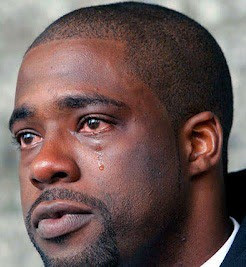 In 2002, when she was just 15, Wanetta Gibson (left), told police that NFL
hopeful Brian Banks (right) dragged her across their school campus and raped
her. Brian was arrested, tried and locked up. He spent more than five years in
prison and another five years on parole. He had to register as a sex offender
and was still wearing an ankle monitor until Thursday May 24th when he was
exonerated after Wanetta admitted she lied about the kidnapping and
rape.

While Brian was locked up, Wanetta’s family successfully sued the
school district, claiming it had failed to adequately protect her. The school
paid the family $1.5 million.

After ten years of torture for Brian,
Wanetta eventually admitted in a videotaped interview with a private
investigator that Brian never raped her. But then she was very concerned about
the huge pay out her family received. “I will go through with helping you, but
… all that money they gave us, I mean me, I don’t want to have to pay that
back,” Gibson said on tape. She later refused to repeat her story to
prosecutors, but her videotaped confession was enough to exonerate Brian. Continue to read the full story.

A young athlete’s
dream of a pro football career was rekindled on Thursday when his conviction for
raping a high school classmate was thrown out after his accuser admitted the
attack never happened.

Over the cheers of his family and supporters,
Brian Banks, 26, called it “the best day of my life, by far.”

“If I can
do this, I can get through anything,” he told The Daily just after leaving a
Long Beach, Calif., courtroom. “This was my hardest part, and, as they say, good
things go to people who hustle while they wait.”

In a strange twist,
Banks got the chance to clear his name in February 2011 when his accuser
contacted him through Facebook and asked him to “let bygones be bygones.”
Wanetta Gibson later admitted on tape that Banks had never raped her, setting
the stage for yesterday’s dramatic reversal.

When the judge agreed to
throw out his conviction on Thursday, Banks lowered his head and
wept.

Later, the burly onetime linebacker said he had left behind anger
but had not lost his ambition to play in the NFL. “I knew by hanging onto
bitterness, it would keep me strangled,” he said.

It was unclear on
Thursday whether Banks’ accuser would face any charges. She did not attend
Thursday’s hearing and efforts to reach her for comment were unsuccessful. In a
videotaped interview with a private investigator, Gibson admitted repeatedly
that the rape and kidnapping story was fabricated. She also voiced concern about
a payout — $1.5 million — she received from the Long Beach school district while
Banks was in prison.

“I will go through with helping you, but … all
that money they gave us, I mean me, I don’t want to have to pay that back,”
Gibson said on tape. She later refused to repeat her story to prosecutors,
according to court documents filed by Banks’ attorney.

In 2002, Banks was
a 17-year-old senior at Long Beach Polytechnic High School with big dreams. The
school’s legendary athletic program has spawned dozens of pro sports careers,
and was once named the best in the country by Sports Illustrated. A standout
linebacker and special teams player, Banks was headed to the University of
Southern California on a full scholarship after being heavily recruited by other
powerhouse programs.

But his hopes appeared to come to an end in July
2002 after Banks and a 15-year-old Gibson ducked into a school stairway to make
out. They did not have sex, but the girl later claimed Banks dragged her across
campus and raped her.

The story didn’t hold water, said Banks’ attorney.
Gibson gave varying locations for the alleged attack. No DNA was found. Also,
how was she dragged across campus in broad daylight without anyone seeing them?
Despite the lack of evidence, prosecutors offered Banks a difficult choice: Take
a plea in hopes of a short sentence, or face a sentence of 41 years to
life.

Banks said he agreed to plead no contest after his lawyer said a
jury would see “a big black teenager, and you’re automatically going to be
assumed guilty.”

While Banks was behind bars, Gibson’s family
successfully sued the school district, claiming it had failed to adequately
protect her. The school paid the family $1.5 million, according to
Gibson.

Banks said he was shocked when she contacted him online. He was
even more surprised when she agreed to speak with him and a private investigator
face-to-face, and then admitted fabricating the tale.

“The case was built
on nothing,” said Banks’ attorney, Justin Brooks, director of the California
Innocence Project. “He took the plea because he was scared and facing 40 years
in prison, and his lawyer was telling him to take it.”

Brooks said Gibson
admitted she became upset during the encounter when Banks “said something
obnoxious to her, and she stormed out and called it rape, and it just snowballed
from there.”

Late last year, Banks began an intense workout regime with
professional trainers in hopes of getting a try-out with a professional football
team. All the while, he had to wear a plastic monitor strapped to one
ankle.

“Every day I wake up, I put an extra sock on my GPS to keep it
nice and snug and keep it from flying around while I work out,” he said. Brooks
said they hoped to have it removed late yesterday.

Banks said he would
continue to train. His dream tryout: “The team that wants to give me a
chance.” 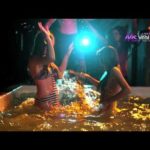 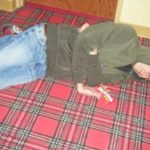