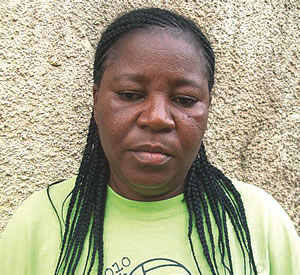 Law enforcement agents and travellers
were last week astonished when 66 wraps of narcotics, which tested
positive to methamphetamine, were discovered in the private part of
Mande Bala, 48, at the screening section  of the Murtala Muhammed International Airport in Lagos on June 15, 2012.

The lady was promptly arrested by officials of the National Drug Law Enforcement Agency shortly before she was due to board a Kenyan Airways flight to Nairobi.


The NDLEA Commander at the airport, Hamza Umar, confirmed the arrest.
He said, “The quantity of drugs that Bala had inserted in her private
part was so much that it affected her gait, drawing the attention of the
NDLEA officials. No suspect
has ever inserted such a large quantity of drugs in the country.
Usually, cases of insertion are not more than 300g. The discovery was
shocking.”

CRIME DIGEST gathered that in all, the 66 wraps of methamphetamine expelled from Bala’s private part weighed 1kg.

Bala, who claimed to be a widow and mother of three, told CRIME DIGEST
that she was pushed to trafficking in drugs in order to raise school
fees for her children. She said, “I am a widow; my husband died in
2007. I have got three children to take care of.  I need N45,000 to
pay some fees for my child and I also had to take care of my rent
because I have a quit notice to leave my house in July. I was actually
supposed to swallow the drugs but I was too scared to do so.

“I then decided on my own to hide them instead in my private parts because I was scared I would die if I ingested the drugs.
I have heard such things happen. Although it was difficult for me to
walk, I had to do my best because there is no one else to take care of
my children.”

In his reaction, the chairman of the NDLEA, Ahmadu Giade, described the
incident as disturbing. “Apart from the quantity of drugs caught with
her, her route is a new development in drug trafficking. Drug barons
now adopt a relay approach to drug trafficking. They wanted to use her
to take the drug to another African country before using an indigene
of that country to take the drug to other continents, where the profit
is higher. We are not oblivious of their moves and we are prepared to
nip them in the bud,” he said.

According to the agency, no suspect has ever inserted such a large quantity of drugs in her private part since the establishment of the NDLEA in 1989. The suspect, who is a graduate of accounting from a South-West university,
lives at Ijoko in Ogun State and is a native of Lagos Island in Lagos
State. She will be charged to court at the conclusion of
investigations. 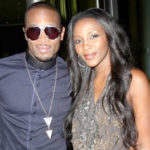 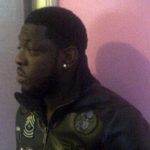