Grace Beji Black-Duke, 47
no doubt, did well in her trading profession. Some years after she left
school, she met her husband with whom she had three kids.

Apparently torn between giving her three kids the
best that life can provide and going to jail or intensify her
cloths-selling business, Black-Duke opted for drugs. With the lure of
$3, 000 only if she would deliver a consignment to a cartel in Malaysia,
Black-Duke agreed to courier the banned drugs.

She was told she
would courier methamphetamine to Malaysia. Oblivious of what
methamphetamine was, Black-Duke’s sponsors assured her that the drug was
of lesser importance as cocaine and heroin.

Initially, her
sponsors informed her that she would have to swallow the drugs, but she
admittedly refused to swallow it for fear of it bursting in her tummy.
Instead she hid the drugs in her under-pants, hoping she would not be
frisked down her torso.

On the day she was to fly, Black-Duke
arrived at the Murtala Muhammed International Airport, Lagos with the
drugs well hidden. Moments later, passengers scheduled for Egypt Airline
en route Kualar Lumpur, Malaysia were called for routine screening.

Black-Duke
was soon found to be laden with some banned drugs. 1kg of
methamphetamine was discovered in her underpants. She was whisked to the
observation room of the National Drug Law Enforcement Agency (NDLEA).

She
soon confessed to her crime and is currently assisting anti-narcotics
agents with information regarding her sponsors and other collaborators.

Black-Duke,
who blamed her love for quick money for her current travails, claimed
she could no longer rely on the proceeds from her boutique to cater for
herself and three kids.

“I agreed to smuggle the drugs because they promised to pay me 3,000 dollars”. I will blame myself because I needed quick money.

Speaking
on Black-Duke’s arrest, Chairman of the NDLEA, Alhaji Ahmadu Giade,
said that every arrest and seizure of drugs recorded by the agency takes
the country forward in the anti-drug campaign, and vowed that his men
would not relent in bringing sanity back into the country.

“Stakeholders should equally lend their supporting hand because no agency or country can win the battle alone”, Giade said.

Mitchell
Ofoyeju, NDLEA spokesman, told National Mirror that Black-Duke’s
excuses for going into the trade were in-consequential adding that she
would be charged to court upon completion of investigations 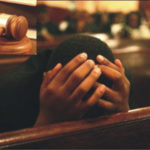 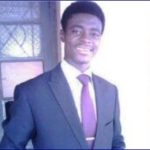