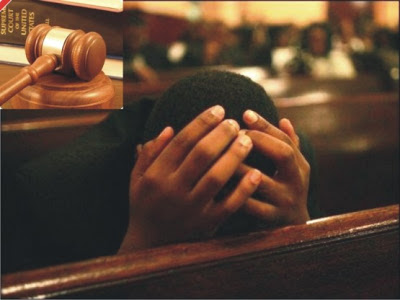 A 27 year old peasant farmer, Gambo Simeon was on Monday sentenced to life imprisonment by a Maiduguri high court for forcefully collecting a Nokia handset, valued at N4,500 and the sum of N17, 000 from one Moses Jande.
The
court was told that Gambo, with one Musa Aminu who is at large, in
April 2009, armed with a cutlass and stick, attacked Moses Jande on his
way from work at Wamdeo town in Borno State.

The prosecution
counsel also told the court that the handset, which was tendered as
exhibit, was recovered from Simeon after his arrest by the police.
Simeon was charged for robbery under section 298(b) of the penal code
law of Borno state.

The presiding judge, Justice Pindar Haruna
Ngadda, who convicted the accused, said “I agree with the prosecution
that the most important thing in this case is the prove of theft of
things stolen and not really the value of the property and the
prosecution has proved this by the exhibit.”

Justice Ngadda thus sentenced Gambo to life imprisonment in accordance with section 298(b) of the penal code laws of Borno State.

I find it difficult to explain what is going on in this country. Top
civil servants and politicians will steal billions of pension funds,
leading to the death of many senior citizens, yet they will be granted
bail and that will be the end of the matter.