A middle aged woman, Afusat Ogunrinde, has accused her husband, Ibrahim, of
attempting to sleep with her daughter.
Afusat told
an Oshodi Grade ‘B’ Customary Court, Lagos, on Monday that Ibrahim made sexual
advances to her first daughter, Sidikat, a teenager, who she had for another
man.
Afusat said, “I didn’t initially understand
what was happening. All I knew was that my husband was always at loggerheads
with my daughter.

“There was a time I travelled
and when I got back, Sidikat complained to me that my husband woke her up in the
middle of the night and asked her to take off her pants and face the wall. I was
shocked.”

Afusat said she confirmed her suspicions
when an incident happened in her presence.
She
said, “We stay in a one-room apartment and there was this day Sidikat suddenly
screamed in the middle of the night. When I woke up, I saw my husband close to
where my daughter slept.
“When I challenged him,
he told me he was pursuing a rat and that the rat climbed his feet and ran
towards the place where Sidikat slept. I took the matter up with him and since
then he became more quarrelsome with her.”

When
asked about the authenticity of her mother’s claims, Sidikat told the court that
her stepfather had sexually harassed her.
Sidikat
said, “All what my mother said is true. When I
refused to give in to my stepfather’s advances,
he started persecuting me.

“At a time, he would
pour water on the bed when I was fast asleep in a bid to put me in a bad light
by accusing me of bed-wetting all because I didn’t allow him to sleep with
me.”
Afusat said she had to send her daughter
packing due to the development.

She said, “He
asked me to take her away or he will kill her if I fail to do so. When I sent
her away – to another place three streets away – he still looked for her and
beat her up.”
Besides, Afusat told the court that
Ibrahim had also threatened to kill her and urged the court to dissolve their
17-year-old marriage, which is blessed with three
children.

She said, “He has gone weird of late. He
beats me up and would not stop until I get wounded. One night, he came back home
drunk, gave me a knife and asked me to kill him. I had to run out of the home to
save my life.
“My life is endangered and as far as
I’m concerned, this marriage can no longer stand because it has already broken
down.”

Meanwhile, Ibrahim denied making advances
to Sidikat but admitted battering his wife.
He
said,” I took Sidikat as a daughter and would never try to do such a thing. It
looked like I was persecuting her because I wanted the best for
her.
“Trouble began between me and her when she
and my first child altered their school report cards and I tried to correct
them.
“I beat both of them and I was surprised
that she rebelled and despised me. Since then, we have been living like cat and
mouse in the house.”

Ibrahim added that he
battered his wife because she was cheating on him, an allegation which Afusat
denied.
The acting Court President, Mrs. R.I.
Adetola, after hearing both parties warned them to maintain peace pending the
determination of the suit.

The case has been
adjourned till June 16, for further hearing 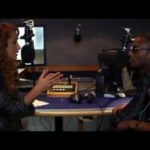 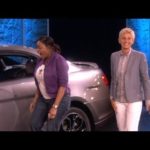