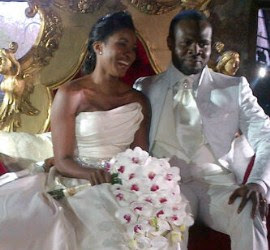 We’ve all seen the gorgeous pictures and watched her gorgeously over-the-top preview video of the ceremony Incase you haven’t, watch it HERE. Held at a beautiful French countryside villa, everyone who was anyone attended, and Nigerian actress Stephanie Okereke married Linus Idahosa in grand style.

Her ex-husband and former Super Eagles defender, Chikelue Iloenyosi, recently gave an interview to Nigerian Entertainment Today and gave his own two cents about his ex-wife getting married, made a not-so-subtle dig at how she was raised, and her seemed very unhappy about newspaper interviews after their divorce (to put it mildly)…continue to read what he said.

“Even if she wants to remarry, does she have to tell the general public about it? Nobody is stopping her. Everything about life is about upbringing and orientation, but I wish her the best of luck. I’m not competing with her. She no longer exists in my life. I hope she doesn’t come out of this marriage again and start going to newspapers saying the man did this or that to her. I don’t want anybody to break her heart.”
The rocky road of their relationship is well documented, when their 2004 marriage suddenly went sour in 2007. There were accusatons of bigamy, infidelity and fraud against Iloenyosi. Earlier this year a Lagos court handed Okereke an annullment stating that the marriage was never legal in the first place. It appears that Iloenyosi was already married to an American at the time he also wed Okereke.
It is an accusation the ex-footballer vehemently denies. He said,
“If I had been married to another woman and she had the documents to prove it, nobody would talk about the court striking the case out. What she should be suing me for would have been bigamy. Nobody has charged me for bigamy. If I was charged with that, I would have defended myself and provided every document to show the real state of things. Everybody in Nigeria knows that when you have two marriages, you will be charged with bigamy.”
Still he says he has moved on with his life.
“I’ve moved on very well and very fast. I have parted ways with her. I don’t have anything to do with her and I’ll never have anything to do with her. I’ll not wish her bad luck. She is not news to me…My fans should ignore her and whatever she says about me. It is not as if I cannot respond to everything she has been saying about me in the newspapers, it is just that she is not in my class’.
‘Why should I be jealous of her? She is in the past. I’ve moved on with my own life. There is absolutely no reason for me to be jealous…If you ask me, I will tell you she doesn’t exist in my life. We’re not on the same level… Some people phoned me to say she would wed in Paris, but I don’t care. She can go and marry in heaven.”
Iloenyosi himself had had a pretty rocky year, after being handed a lifetime ban from any football related activity by the Nigerian Football Federation last year. 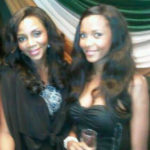 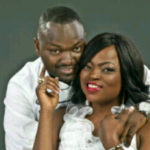