For his inability to attend his friend’s son’s naming, Elegbede Oriyomi,
was stabbed to death by his 25-year-old friend, Adeyinka Adetayo. The suspect was on Monday, arraigned before an Abeokuta chief magistrate’s court for allegedly stabbing  Oriyomi to death.

The victim was until his death, a serving officer of the Nigeria Security and Civil Defence Corps (NSCDC), Ogun State Command.

The prosecutor said, “he, Adetayo, was angry
that the deceased did not attend his son’s naming,  and when he gave his
reasons, heated argument broke out between the accused and the late
Oriyomi.

“According to investigation, Oriyomi broke a bottle and the accused
forcefully collected it and stabbed him in his hand and ear. He was
immediately taken to hospital, where he eventually gave up the ghost.”

The accused was said to have been arrested within the hospital premises.

Sangotokun said the alleged offence was contrary to, and punishable
under Section 319 (1) of the Criminal Code Law of Ogun, 2006.

Due to the nature of the case, the accused person, represented by Adeniyi Olusegun, could not take plea before the court. 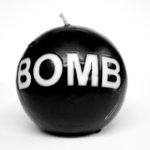