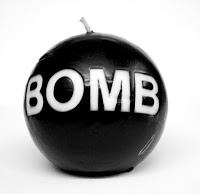 Anxiety gripped residents of Tudun Wada
area of Jos, Plateau State capital, yesterday, following the discovery
of two improvised explosive devices, IEDs, at two different locations in
the area, Sunday night… The two explosives were said to have been discovered about 9.30pm and
safely defused. One of the explosives was planted near the fence of a
residential apartment, while the other was planted under a parked
vehicle in a remote part of the area.

Some residents said they alerted security men on noticing the strange
‘packages’ and thanked God that the devices did not explode before they
were discovered.

One of the residents said: “It would have been devastating because this is a densely populated area.”

Another resident, Steven Yusuf, said the discovery sent shivers down the spines of many residents.

The discovery was confirmed by Captain Salisu Mustapha, spokesman of
the Special Task Force, STF, maintaining security in the state.

He said the two devices were detonated by the Anti-Bomb Squad of the
Plateau State Police Command, adding that there was no casualty and that
the situation in the area was calm.

He advised residents to remain vigilant and to report suspicious
persons or strange objects in their vicinity to security agencies.