United States president Barack Obama will no tbe visiting Nigeria as recently speculated in the media. Obama and his wife Michelle will only visit Senegal, South Africa and Tanzania between June 26 and July 3.
This is the second time that Obama is skipping Nigeria from his visit to Africa as the US president had excluded Nigeria during his first visit to Ghana on July 11, 2009.
Obama had alluded his inability to visit Nigeria during the trip to Ghana on the grounds of poor democratic credential and corruption. But the situation is now worse as the aforementioned issues have now assumed a frightening dimension and compared to Boko Haram, child’s play.
On why he decided to visit Ghana then, Obama had said, “Ghana’s history is rich, the ties between our two countries are strong, andI am proud that this is my first visit to sub-Saharan Africa as President of the United States.
“And I have come here, to Ghana, for a simple reason: the 21st century will be shaped by what happens not just in Rome or Moscow or Washington, but by what happens in Accra as well“
Ehhh Ehhh….what happens in Accra and not in Lagos?….the press release when you continue!
A statement by the Office of the Press Secretary in the White House stated this yesterday while clarifying Obama’s visit to Africa.
The statement reads in part, “President Obama and the First Lady look forward to traveling to Senegal, South Africa, and Tanzania from June 26 – July 3.
The President will reinforce the importance that the United States places on our deep and growing ties with countries in sub-Saharan Africa, includingthrough expanding economic growth, investment, and trade; strengthening democratic institutions; and investing in the next generation of African leaders.
“The President will meet with a wide array of leaders from government, business, and civil society, including youth, to discuss our strategic partnerships on bilateral and global issues. The trip will underscore the President’scommitment to broadening and deepening cooperation between the United States and the people of sub-Saharan Africa to advance regional and global peace and prosperity.” 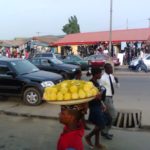